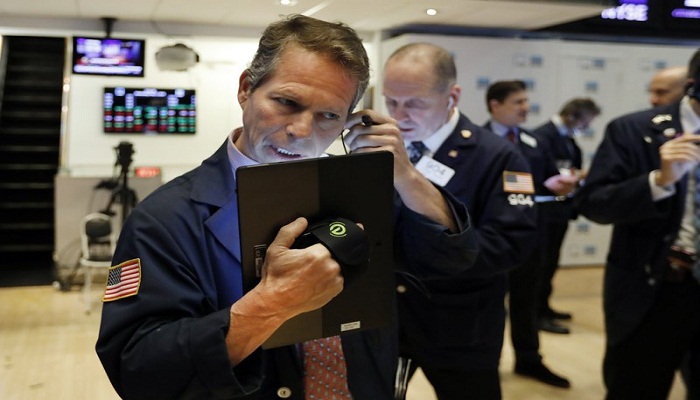 There was no word on whether China’s top negotiator, Vice Premier Liu He, would go as scheduled.

“The base case still remains we see a framework agreement reached, but the market is still repricing in the risk,” Edward Moya of Oanda said in a report.

Trump’s threat Sunday reignited jitters that had been largely put to rest by statements from both sides that negotiations were making progress. The American president accused Beijing of backtracking on commitments made in the rapid-fire negotiations.

Trump threatened to raise tariffs on $200 billion of Chinese goods to 25% from 10%, effective Friday. He said he would impose increases on an additional $325 billion of imports, covering everything China sells to the United States.

“Beijing is not a big fan of hostage situations,” Vishnu Varathan of Mizuho Bank said in a report. “The tight deadline alongside threats of widening the tariff net may not play out favorably for prospects of an imminent deal.”

Wynn Resorts, with casinos and hotels in Macau, gets about 75% of its revenue from China. Its stock tumbled 4.1%.

Boeing Co. fell 1.3% after the aircraft manufacturer disclosed that it did not warn airlines about a faulty safety alert until after one of its planes crashed.

The sensors malfunctioned during an October flight in Indonesia and another in March in Ethiopia, causing software on the plane to push the nose down. Both planes crashed, killing a total of 346 people.