Royal baby: Congratulations pour in for Meghan and Harry 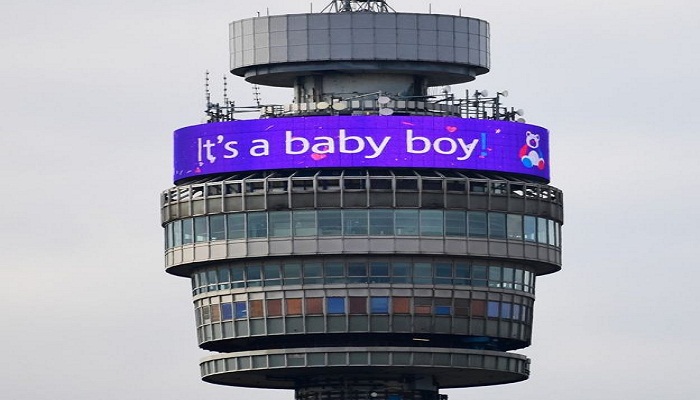 Congratulations have poured in from around the world following the birth of the Duke and Duchess of Sussex's son.

The baby boy was delivered at 05:26 BST on Monday, with Prince Harry saying he was "absolutely to-die-for".

Kensington Palace said the Duke and Duchess of Cambridge were "delighted" and "looking forward" to meeting him.

Meghan's mother, Doria Ragland, was said to be "overjoyed", while former US First Lady Michelle Obama said she and Barack were "thrilled".

The newborn, who has not been named yet, is seventh in line to the throne, behind the Prince of Wales, the Duke of Cambridge and his children - Prince George, Princess Charlotte and Prince Louis - and Prince Harry.

He is the Queen's eighth great-grandchild.

Speaking after the birth, Harry said he planned to make an announcement in two days' time "so everyone can see the baby".

He said Meghan and the baby were doing "incredibly well", adding that they were still thinking about names for the infant.

Arthur - a traditional royal name that is among the middle names of the baby's grandfather, the Prince of Wales, and his uncle the Duke of Cambridge - is the favourite with many of the bookies.

Buckingham Palace said the baby weighed 7lbs 3oz (3.2kg), and that the duke was present for the birth.

In a statement the Palace said that the Queen, the Duke of Edinburgh, the Prince of Wales, the Duchess of Cornwall and the Duke and Duchess of Cambridge were all "delighted" with the news.

Prime minister Theresa May, Labour leader Jeremy Corbyn and Scotland's First Minister Nicola Sturgeon were among the politicians to offer their congratulations to the royal couple on Twitter.

Archbishop of Canterbury Justin Welby, who married the couple in May last year, said: "May God bless the new family with love, health and happiness."

Congratulations also came from celebrities and famous figures in the United States, where Meghan was born.

Patrick J Adams, who starred alongside Meghan in the US legal drama Suits wrote on Twitter: "Just heard that the world just got heavier by 7 pounds and 3 ounces. Much love to him and his incredible parents."

The baby is a dual citizen, having automatically acquired US citizenship, via Meghan, at birth.

Speaking to the Sun from his home in Mexico, Meghan's father, Thomas Markle, said he was "proud" his grandson was born into the British royal family and he was "sure that he would grow up to serve the crown and the people of Britain with grace, dignity, and honour."