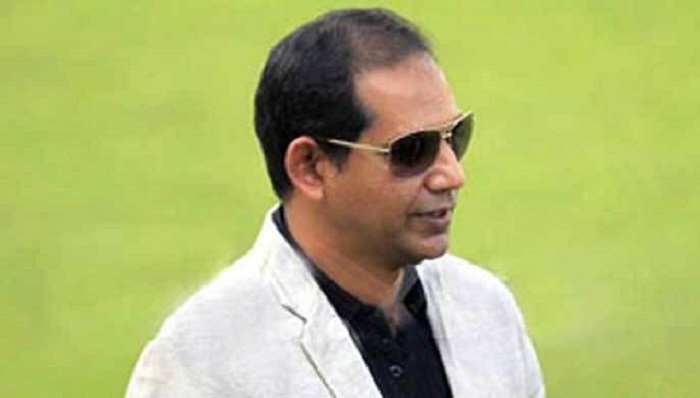 Bangladesh former captain Habibul Bashar Sumon on Monday said that the defeat of Bangladesh team in practice match against Ireland A was unexpected but not harmful to the team.

He also said that he wasn’t worried about the defeat.

Bangladesh lost in the practice game by 88 runs when the Irish team scored 307 runs while batting first which came as a wake-up call for the Tigers.

“It was unexpected. However, it was a practice game. So there is nothing to talk much about it. The match against the West Indies is more important for us on Tuesday,” Habibul, who led the Tigers in 2007 World Cup, told the media on Monday at Sher-e-Bangla National Cricket Stadium.

By the practice game, Tigers got back to the action together after the horrible end of the New Zealand tour in February. But they failed to do well at the start of tri-series which is considered to be a preparatory event ahead of the World Cup.

“The team management often tries many things in a practice game. It was also like that. So some things did not go according to the plan. The condition was also tough to adapt. But I am sure that the players will come back strongly in the main event”, Habibul Bashar further told the media.

“As we understood, the team management wanted to explore the bowling line that reflected on the performance. At the same time, bowlers were reluctant to give their best in a practice game and they did it in this match as well, I think. This is why the result was not up to the expectation”, Habibul said.

However, Taskin Ahmed did well taking three wickets. But he conceded many runs. Habibul said “They are yet to understand how far Taskin went to get his best fitness.”

“I did not see how good Taskin was in the field because the match was not broadcasted live. Just having a scorecard, you cannot understand how good a player was in the ground. I think team management is more close to Taskin than us, and they will decide about him,” Habibul added.

Bangladesh will play their first match of the tri-series on Tuesday against West Indies who won the event opener by 196 runs against the hosts Ireland.