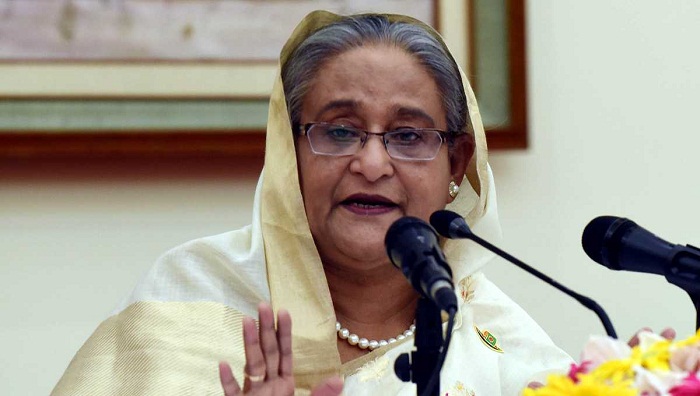 Prime Minister Sheikh Hasina, now in London, has directed all the ministries concerned to take post-Fani rehabilitation programmes in a coordinated manner.

Following the PM’s directive, a meeting was also held at the Prime Minister’s Office to review post-cyclone disaster management activities on Monday, said an official release.

It said the senior secretaries or secretaries of the Local Government Division, the Disaster Management and Relief Ministry, the Water Resources Ministry, Health Services Division and the Agriculture Ministry were present at the meeting.

He said it is essential to set up 7,000 more shelter centres across the country to face disasters like Fani.

Senior Secretary of the Power Division Dr Ahmad Kaikaus said the affected power supply lines have already been repaired on an emergency basis following cyclonic Fani. The officials and employees of the division from the non-affected districts were also engaged in the repairing activities.

Now, the power supply remains operational in all the districts, said Dr Kaikaus.

Water Resources Secretary Kabir Bin Anwar said there are 4,665 kilometres of dams under the Water Development Board in the country’s coastal region.

The dams were damaged in 243 points during Fani.  Of these, Fani caused huge damages to two dams. The repair and retention activities are going on in the remaining 241 points, he said.

The Principal Secretary directed all concerned to repair the affected embankments quickly.

Agriculture Secretary Md Nasiruzzaman said the recent cyclone caused huge damages to crops in the coastal districts. Now, the ministry is working to estimate the damages.

Another review meeting over post-Fani rehabilitation activities will be held at the Prime Minister’s Office on Tuesday morning.