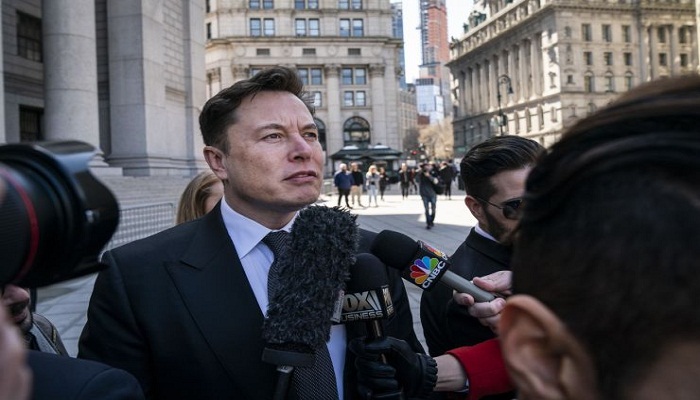 The email, which was shared with CNBC and verified with multiple current employees who requested anonymity, warned that outsiders who “will do anything to see us fail” are “targeting” employees for information via social networks and other methods.

It reminded employees that they signed confidentiality agreements, and warned them, “Tesla will take action against those who improperly leak proprietary business information or violate the non-disclosure obligations to which we all agreed. This includes termination of employment, claims for damages, and even criminal charges.

The email was in part directed at leaks to the media, noting, “In January an employee was identified for sharing confidential business information on Twitter, including production numbers, with journalists.”

It also said somebody was recently fired for posting the phone number to an internal meeting on social media.

Tesla and CEO Elon Musk have a love-hate relationship with the media, as well as social networks including Twitter, which Musk uses obsessively, and Facebook, which he disdains.

In the past two weeks alone, reporters have broken unfavorable news about Tesla, including:

These stories can overshadow some of the company’s recent accomplishments including:

So it’s not surprising that Tesla’s security team chose this week to send around a warning to employees telling them, in so many words, that loose lips sink ships.