Bidisha happy as Rowshan not named as JP acting chairman 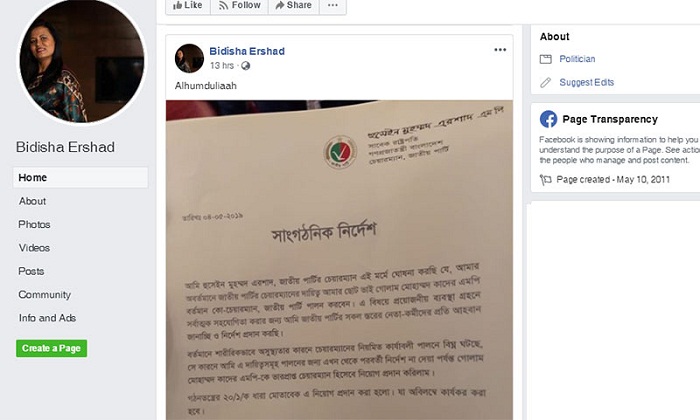 She wrote ‘Alhumduliaah’ on her facebook page posting a photo of the press release, in which JP Chairman HM Ershad appointed GM Quader as acting chairman.

Bidisha might think that HM Ershad took the decision of appointing GM Quader as acting chairman due to bitter relation with his wife Rowshan Ershad, party’s senior co-chairman.

The 89-year-old ailing Ershad made the announcement at an urgent press conference at ‘President Park’, in Banani around 11:00pm Saturday.

He also asked his party's leaders and activities at all levels to extend all-out cooperation to GM Quader.

Although, Bidisha restricted herself from commenting on the issue.

It is not sure that the facebook page, where the post was tagged, is Bidisha’s or not as the page is not verified.