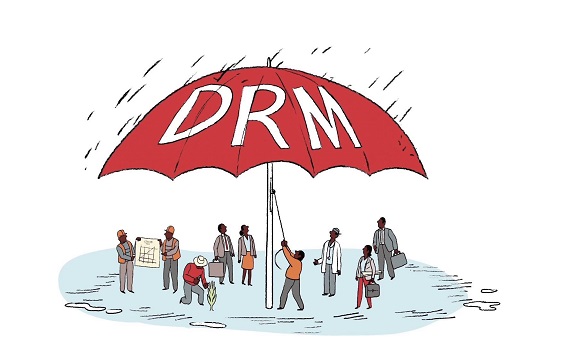 Natural disasters, which are bound to happen, are growing in intensity and number. In 2018, natural disasters devastated communities around the world, killing thousands of people and inflicting billions of dollars in damage. Bangladesh is a disaster-prone country. The country is susceptible to a variety of disasters including cyclones, earthquakes, droughts, storm-surge, and flooding. The recent one, cyclone Fani has battered Bangladesh. However, Bangladesh has a long tradition of coping with natural disasters, both individually and through collective efforts.

Disabled people are in fact among the groups considered as being more at risk of suffering negative effects from natural disasters, such as earthquakes, volcanic eruptions, landslides, floods, droughts, cyclones, etc. Indeed, disabled people are often not reached on time by the early warning systems that alert the public, which contributes to their vulnerability. Disabled people have a reduced ability to prepare, evacuate and recover from disaster events. Experiences of decreased self-esteem, increased anxiety, emotional trauma and diminished personal safety are common. A lack of evacuation planning can result in people with physical disabilities being left behind during an evacuation, resulting in significant emotional trauma and potential loss of life. Additionally, property damage may prolong the recovery process and have negative effects on standards of living for people with disabilities.

According to the World Report on Disability, there are over one billion persons who live with some form of disability, corresponding to about 15% of the world's population. The prevalence of disability is growing due to an ageing global population and increases in chronic health conditions. Available data reveals that persons with disabilities, compared to the general population, are more vulnerable in the face of such disasters. For example, evidence shows that the mortality rate of disabled population is two to four times higher than that of the non-disabled population in many disaster cases. Persons with disabilities are disproportionately affected in disaster, emergency, and conflict situations due to inaccessible evacuation, response (including shelters, camps, and food distribution), and recovery efforts.

The issue of disability has gained additional attention, especially since the Convention on the Rights of Persons with Disabilities (UNCRPD) has been signed and ratified by many countries. Integration of disability into the work of humanitarian agencies and governments is, however, still in an early phase. The relevant Disaster Risk Management (DRM) frameworks and guidelines indicate that disability should be integrated into the work of the humanitarian agencies and organisations that are working closely with DRM. The 2015 Sendai framework for Disaster Risk Reduction (DRR), which is the basis used by governments to develop their DRR policies, specifically mentions disability under vulnerable groups. During the 2016 World Humanitarian Summit, disability inclusion was discussed and considered relevant.

CBM is an international Christian development organisation, envisions an inclusive world in which all people with disabilities enjoy their human rights and achieve their full potential. CBM has launched a good practice guide for disability-inclusive Disaster Risk Reduction, based on its longstanding experience in the flood affected communities of Gaibandha in northern Bangladesh. CBM recognise that DRR goes beyond disaster preparedness; it is about building inclusive and resilient communities which can cope with and adapt to the impact of natural hazards, conflict and other causes of insecurity to protect lives and assets and safeguard development gains.

‘The Gaibandha Model’ good practices guide outlines a framework for successful disability-inclusive disaster risk reduction programming. It is based on the experience of CBM and its partners in implementing community-based DRR programs in some of the most flood-affected communities in Bangladesh. The Gaibandha model suggests five interlinked interventions, all of which are needed to build resilient and inclusive communities: Strengthen people with disabilities and their representative groups; advocate with the local government for inclusive DRM; build accessible DRM infrastructure and capacity for inclusive DRM at community level; strengthen household level disaster risk awareness and preparedness in collaboration with schools; and, promote and support sustainable, resilient livelihoods.

In the case of Gaibandha, DRM committees existed at municipal (Union) level. They had been established not long before the programme started. Some flood shelters were available, but they were limited in number and inaccessible for people with disabilities. There were no DPOs in Gaibandha and most people with disabilities lived in isolation and rarely participated in community life. Within this context, the interventions were implemented at three levels: At the household level, people with disabilities were identified and supported individually with rehabilitation measures and livelihood support. Disaster awareness and preparedness of all households were strengthened. At the community level, Self-help Groups of people with disabilities and community-based Ward Disaster Management Committees (WDMC) were established. Representatives of the Self-help Groups participate in these committees. The committees collaborate with the municipal-level governmental Union DRM committees to implement DRM in the communities. At municipal level, formal DPOs, the Apex Bodies, were established, consisting of representatives from all Self-help Groups. The Apex Bodies advocate for inclusion with the Union government.

Across areas of life such as lifelong personal development, personal relationships, education, healthcare, work and livelihood, recreation and leisure and participation in public life, all disabled people must have opportunities, included on a full and equal basis with others.