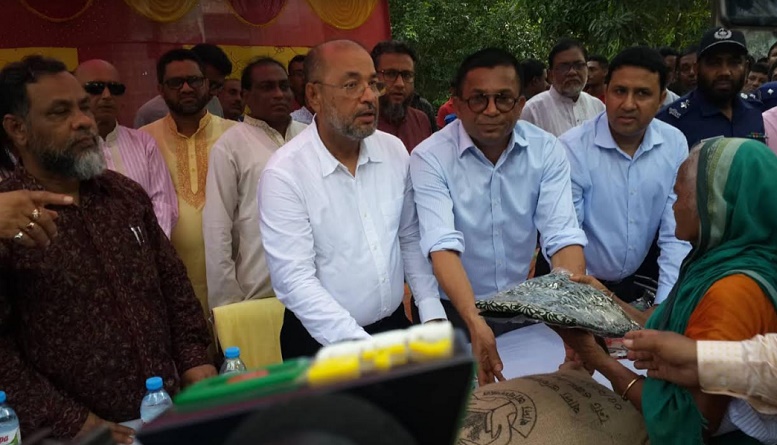 Claiming that there was much less damages caused by cyclone Fani, State Minister for Disaster Management and Relief Dr Md Enamur Rahman on Sunday said BNP is spreading lies over it.

He came up with the remarks while talking to reporters after visiting several upazilas of Satkhira and Koyra of Khulna that were hit by the cyclone.

Fani, which once turned into a very severe cyclonic storm, entered Bangladesh on Saturday morning as a cyclonic storm and gradually weakened into land deep depression, depression and well-marked low before crossing the country.

At least 16 people were killed in mostly lightning strikes, and tree and house collapses on Friday and Saturday while many villages inundated and dykes got damaged in the southeastern part of the country.

The state minister said they started preparations on April 24 to face Fani after hearing about it. “All the volunteers of the Cyclone Preparedness Programme (CPP) in the coastal district were directed to be ready from April 26,” he said.

Enamur said he visited Koyra upazila in Khulna and several upazilas of Satkhira where he did not find any major damage caused by the cyclone.

He, however, said people had to suffer as there were no adequate cyclone centres.

He also said around 400 houses, damaged by the cyclone, will be reconstructed.

Enamur visited an affected dam at Gabura in Shyamnagar upazila and distributed relief among the affected people on the Dhulihar union parishad premises in Sadar upazila in the afternoon.

As the locals demanded construction of embankments instead of giving them relief, Deputy Minister for Water Resources AKM Enamul Hoque Shamim said directives have been given to repair the damaged dams as soon as possible.