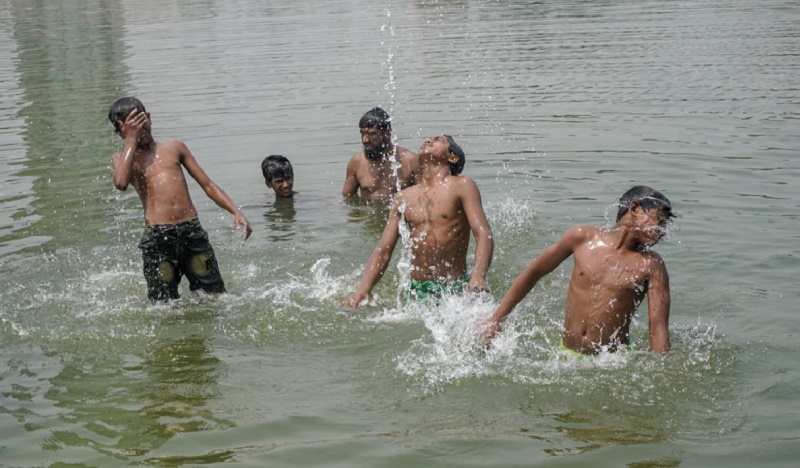 Although rain influenced by cyclone Fani brought some relief to the country’s people amid a mild heat weave, they started feeling the scorching heat again on Sunday with the rise in mercury.

The day temperature across the country may rise by 2-5 degrees Celsius while that of night by 1-3 degrees Celsius, said a Met office bulletin on Sunday.

The cyclonic storm Fani over Faridpur-Dhaka region and adjoining areas moved north northeastwards further and weakened into a land deep depression first and then into a depression.

It weakened further into a well-marked low and became insignificant finally.

Rain or thundershowers accompanied by temporary gusty wind is likely to occur at one or two places over Mymensingh and Sylhet divisions. Weather may remain mainly dry with partly cloudy sky elsewhere over the country temporarily.