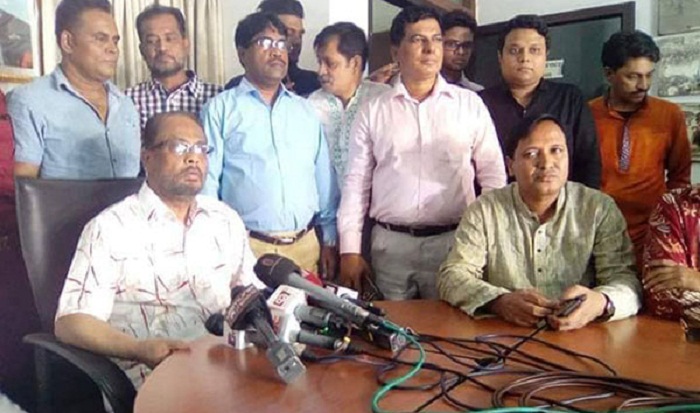 Jatiya Party’s (JP) newly appointed acting chairman GM Quader appeared in a press briefing on Sunday, a day after he was given the charge by the party's chairman HM Ershad.

But, no senior leader or presidium member of the party was present during the briefing, held at Banani chairman’s office around 12:00pm.

Quader sought cooperation from everyone in the briefing.

There has been prevailing a ‘cold war’ on the question of leadership of JP for the past few months as chairman HM Ershad experiencing health problem at this moment.

Absence of party’s senior leaders and presidium members signifies that Quader’s journey as acting chairman in JP will not be an easy task in the coming days.

The 89-year-old ailing Ershad made the announcement at an urgent press conference at ‘President Park’, in Banani around 11:00pm Saturday.

He also asked his party's leaders and activities at all levels to extend all-out cooperation to GM Quader.

When asked whether Ershad’s decision was his lone decision or not by the journalists, Quader said, “A lone decision is inconsistent with the present scenario of the politics. None was harmed at his decision (Ershad’s). Those, who are raising question about it, are doing question for question’s sake.”

“I want to go forward with all levels of party’s activists and leaders. I would like to strengthen our party,” Quader added.