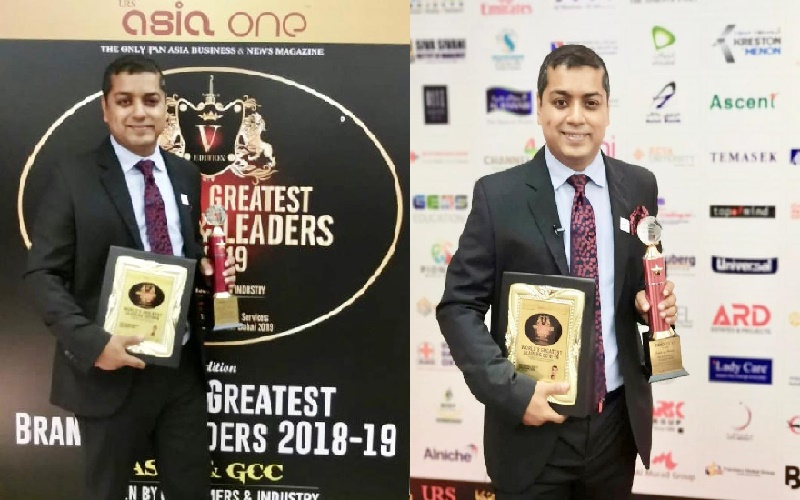 Ziauddin Adil, the honorary consul general of Democratic Republic of Congo in Bangladesh, has been awarded as World's Greatest Leader in the 5th Edition of World’s Greatest Brands and Leaders (WGBL) 2018-19 Asia and GCC in the industry services, a press release said.

Simultaneously, Singapore-based news agency AsiaOne awarded him as 'Asia One Person of The Year'.

Adil, also the CEO of Top of Mind, received both awards on Wednesday in Dubai under the aegis of the Asian Business & Social Forum 2019.

The selection process was based on research across 16 industries under 62 sub categories in Asia, with the evaluation and scoring from independent Jury members.

Since 2015 every year Asia One a Singapore based news agency is recognizing various global leaders and brand from different region of the globe, who are contributing to their sector with excellent works.

This year Asia One is recognizing a leader from agency sector for the first time in their history.

For excellence leadership in industry Honorary Consul General, Republic of Congo in Bangladesh Consulate got these awards as Guest of Honor and as World's 100 Greatest Leaders.

Regarding the award Adil said, “I am pleased and honored to accept this prestigious award. Through my leadership, I always try to work for the Industry and Consumers for the development of my region. And I believe, this valuable recognition will surely boost my work spirit to give more positive hive to the industry and for its consumers.”

Ambassadors, Consul Generals from several countries and Business leaders from UAE were present in the award ceremony.