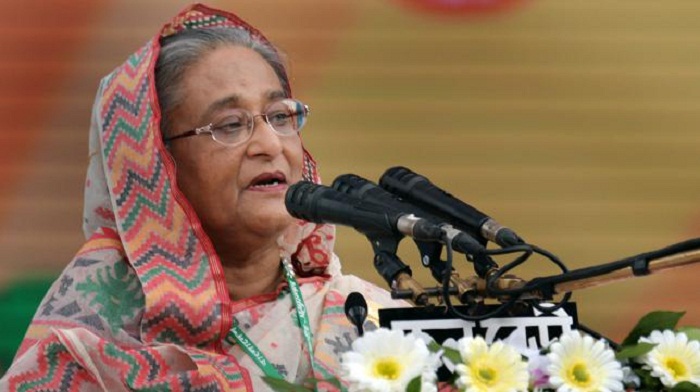 Prime Minister Sheikh Hasina has asked the leaders and workers of Awami League (AL) to deliver relief materials to the victims of Cyclonic storm Fani as soon as possible.

She also talked to a number of senior leaders of the party in this regard.

Sheikh Hasina monitored the cyclone situation from London and ordered party leaders to extend all-out support to the victims of cyclone Fani.

The Prime Minister said, “Nobody should starve in the cyclone affected areas. Along with the government, the party workers will have to go to the disaster-prone areas in the fastest possible time.”

AL leader A F M Bahauddin Nasim talked about the PM’s instruction while talking to media.

Nasim also said the prime minister is keeping update of the cyclone situation with the latest news and losses caused by Fani. AL leaders and activists of the affected areas are also cooperating with the volunteers, he said.