Our Security Concerns and Optimism Index 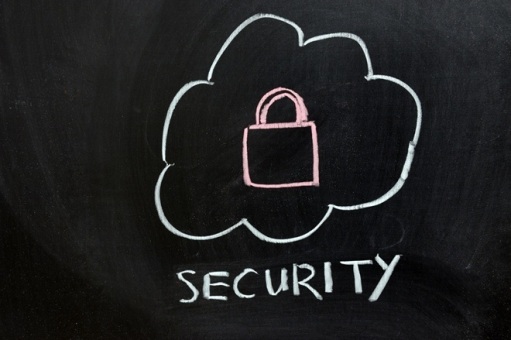 The Easter Sunday suicide attacks on six different targets including Churches and residential hotels in Sri Lanka are being thought of as the backlash of the global communal restlessness which has been slowly but steadily gripping the entire globe. The April 21 bomb attack in Sri Lanka is not an isolated incident; rather, it has obvious links with the geo-political and geo-cultural dynamics configuring the global scenarios at present. Although the IS has claimed the responsibility of these attacks, it is actually the fast-spreading communal and racial malice and ill-feeling that is at the root of such tragic incidents in which the victims are mostly innocent people.

Earlier, New Zealand’s Christchurch’s Al Noor mosque attack on march 15 this year broke the ground of inter-racial and inter-communal intolerance and the present spate of communal disharmony may be an inter-linked sequel to a phenomenon synonymous to the heinous communal clashes of the Middle Age. Whatever may be the inner motivation behind these attacks on the innocent people, it is almost certain that these attacks are clearly the outbursts of pent-up communal restlessness that has long been at work under the surface. The process of globalisation has opened up infinite possibilities of migration for all nations and communities which automatically has divided the global communities into natives and the migrants. Though the process of migration started at the dawn of civilisation and what is more important about migration is the fact that no land permanently belongs to any particular racial or ethnic entity. Most importantly, modern civilisation is actually the end-product of indiscriminately random migrations of races across this planet of ours.

When a particular community living for quite a long time in a specific geographical area feels marginalised with the arrival of migrants, the undercurrent of intolerance, restlessness and impatience growingly get stronger among the natives. Surely, it is a spin-off effect of the globalisation in spite of its tons of merits that it gives rise to a fear of being unprotected among the natives. Dissolving one’s cultural roots into the universal feeling of oneness with the global community is unquestionably the toughest ever challenge for building a single global community bonded by the mystique of humanity. Tolerance and patience towards others are practically possible there where humanity happens to be the motivating norm.

With the hugely diverse concentrations of innumerable cultural, religious and ethnic entities and identities scattered across the globe, a truly harmonious fusion may be the toughest one but it is still not unachievable since people of all colours, creeds and castes share some common grounds even today. For instance, whenever a terrorist bomb ripped through hundreds of innocent lives, the overwhelming majority instantly condemn such heinous incident in the strongest possible terms. In the recent two terrorist attacks, one in Christchurch and the other in Sri Lanka, we have practically read the mindset of the overwhelming majority in the barometer of humanity. The hearts of more than 80 per cent people all over the globe are actually tuned to the universal message of humanity, love, fellow-feeling and compassion. These solidly positive indicators make us concretely optimistic about the surest foundations of humanity or love for fellow human beings.

The whole of New Zealand came to a standstill in the funerals of the victims and almost all New Zealanders including the Prime Minister Jacinda Ardern showed her highest courtesy in expressing her solidarity with the Muslim community living in her country. Even more, an Australian teen-ager threw egg to a Senator for spreading racial hatred. Millions of migrant people have been living in North America, Australia, New Zealand and European countries for decades together in the spirit of peaceful co-existence and tolerance. Even a dozen of such bomb attacks can hardly make any visible crack on the reinforced-concrete shield of the human solidarity.

Communal and racial hatred and conflict is not at all a manifestation of the new millennium. With the emergence of innumerable religious creeds and tenets, seeds of hostility and antagonism have been rooted into the hearts of the people notwithstanding the fact that the ultimate message of each and every religion is soothing the sore human hearts. All religions preach and teach peace but the over-enthusiastic practitioners vitiate the message of peace and instead spread hatred and malice towards one another. Hundreds of battles took place and millions of people were killed as a result of this communal and racial conflict out of misinterpretations of the holy scripts.

Security is obviously a prime concern of the state and the government. From history, we have learnt that state security management has time and again failed to ensure safety and security even to the highest profile state dignitaries. The killing of President Abraham Lincoln, John F. Kennedy, Mohandas Karamchand Gandhi, Prime Minister Rajib Gandhi, Father of the Nation Bangabandhu Sheikh Mujibur Rahman and many others such great leaders took place even when they were under the highest security coverage of the state. Is it actually the failure of the state in protecting the great leaders? Whatever may be the answer, one point is crystal clear that at the heart of all these killings there lies a deep-rooted hatred prompted by fanaticism and extremism. It is hardly possible for any security and intelligence system to erect the shield of security once racial and communal hatred takes roots in the emotional bed of mind.

Everything is not lost yet. Although the wars and clashes caused by communal hatred took lives of tens of thousands of people, the triumphant band wagon of humanity is still marching forward to carry out its relentless mission in eliminating hatred and parochialism from people’s minds. Communal attacks of heinous nature may not be stopped in the days to come but we are sure to reduce them to the minimum if we treat people around us with love and respect and consider them just as human beings minus their other identities, connections and affiliations. The sooner we will be initiated into the tenets of humanity, the better it is for our safety and security.