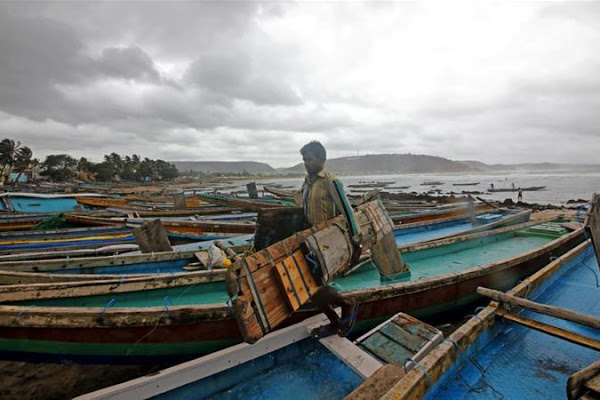 People in Khulna particularly the vast coastal belt heaved a sigh of relief as cyclonic storm ‘Fani’ that formed in the Bay of Bengal crossed the country’s southwestern district without wrecking destruction this morning.

Though authorities including the district administration remained cautious and took necessary preparations to face the calamity, the situation became normal today morning as the storm started moving to southwestern wards, lessening the risk of hard hitting the Khulna coastal belt including Mongla Sea Port.

The operational activities of Mongla Sea Port had been suspended after being announced No-7 cautionary signal for it since Thursday due to the eye of cyclonic storm Fani.

Meanwhile, Khulna coastal belt and adjacent districts of the Sundarbans experienced overnight heavy rainfall with squally winds under the influence of ‘Fani’.

Some thatched houses were flattened and trees uprooted in the low lying areas in Koyra and Dakop upazila in Khulna.

Besides, Moderate to heavy downpour is continuing intermittently, paralyzing life of Khulna people.

At least fifty families became homeless at Dakop upazila in Khulna and Sharonkhola upazila in Bagerhat as their houses were damaged by the strike of Fani.

Meanwhile, an embankment in Baniashanta area in Khulna and another embankment in Sharonkhola upazila in Bagerhat on Pashur river has broken last night, inundating over six villages by tidal waves.

“Over two and a half lakh people took shelter at the 325 cyclone centers in Khulna. A total of 114 medical teams were ready and adequate relief materials were sent to all coastal upazilas in Khulna,” said District relief Officer Azizul Haque Zoarder.