Microsoft rolls out new Cloud services for AI and blockchain 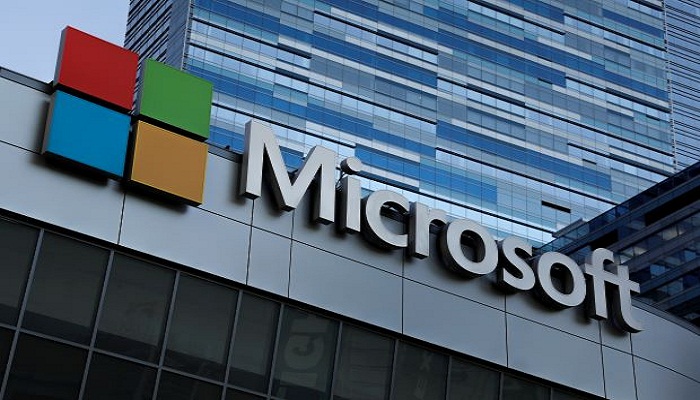 Microsoft Corp on Thursday announced new tools for software makers aimed at making technologies such as artificial intelligence and blockchain easier for businesses to use.

Microsoft released the tools ahead of its software developer conference next week in Seattle. Once known mostly for its Windows personal computer operating system, the company now relies on revenue growth from its Cloud-based computing and software services, Lost of which are sold to other businesses.

While Microsoft still trails the Cloud computing leader Amazon.com Inc’s Amazon Web Services in revenue, it has taken a different approach to the market, designing many of its services to be run in either Microsoft's Azure data centres, its customers private data centres, or a combination of the two.

Amazon, by contrast, at first asked customers move their data to its own servers, though it too has in recent years moved toward Microsoft's "hybrid" approach.

One new service from Microsoft helps online retailers recommend products based on shopping history and can be combined with a retailer's existing recommendation engine, said Scott Guthrie, Microsoft's Cloud and artificial intelligence chief.

"They're using ours in addition to the existing system they had and seeing some tremendous wins in terms of productivity as part of it," Guthrie said. "I don't think it's going to be necessarily always a winner takes all."

Microsoft is also releasing tools to let users make artificial intelligence models without having to write the underlying code. Those models can then be "trained" using the business owner's data in Microsoft's Cloud.

The company is also introducing a Cloud-based blockchain service. The block chain, a ledger for keeping track of transactions among many participants, is used in the financial technology space, and Microsoft said it is working with JP Morgan Chase & Co on the bank's Quorum offering.

But Microsoft's Guthrie said blockchain has other uses, such as the system Microsoft helped Starbucks Corp build to track the coffee as it moves from farms to stores to a customer's cup.

"That enables them, from a quality control perspective, to dramatically improve the end-to-end supply chain and deliver a better product," Guthrie said.

Microsoft also said it is releasing a developer edition of its HoloLens 2 headset that was announced earlier this year. The device, which overlays digital information on the real world, will cost US$3,500 (RM14,490) and is aimed businesses uses like safety training and complex repair work.