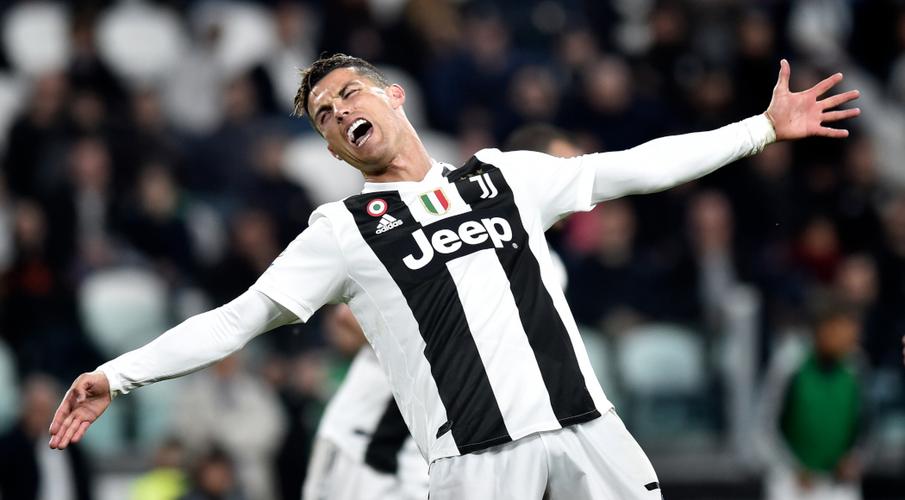 Cristiano Ronaldo headed in a late equaliser to spoil Torino's dream of a first win at city rivals Juventus in nearly a quarter of a century and frustrate their bid to move into the Champions League places.

Sasa Lukic had fired Torino ahead after 17 minutes in a match brought forward a day to avoid clashing with Saturday's 70th anniversary of the air disaster that wiped out the all-conquering 'Grande Torino' team of the 1940s.

But Ronaldo headed in for 1-1 after 84 minutes to leave Torino in sixth place, two points off the Champions League berths with three games left to play.

Juventus have already sealed the Serie A title for the eighth season in a row, but Torino still have all to play for as they target a first-ever qualification for elite European competition.

Torino have not won at Juventus since 1995 with their only win since then against their city rivals at home in April 2015.

Ronaldo -- who had scored the only goal with a penalty in the reverse fixture in December -- was partnered up front by teenage striker Moise Kean.

But Serbian midfielder Lukic broke through following a Miralem Pjanic error to slot in his first goal for Torino.

Ronaldo came close to an equaliser soon after with his powerful strike just wide with Salvatore Sirigu denying Blaise Matuidi.

But Juventus increased the pressure after the break with Ronaldo rising hightest to latch on a Leonardo Spinazzola cross to beat Sirigu and deny Torino a third consecutive victory.

It was Ronaldo's 21st league goal this season and moves him two behind Sampdoria's Fabio Quagliarella, who leads the Serie A scoring charts.

For Juventus it was a second consecutive stalemate after after last weekend's 1-1 draw against Inter Milan.

Juventus are nevertheless 19 points ahead of second-placed Napoli, who host Cagliari on Sunday.

Inter Milan, eight points behind Napoli, will look to consolidate third position and their Champions League berth on Saturday at Udinese.

Torino stay sixth, one point behind Roma, and two adrift of fourth-placed Atalanta.