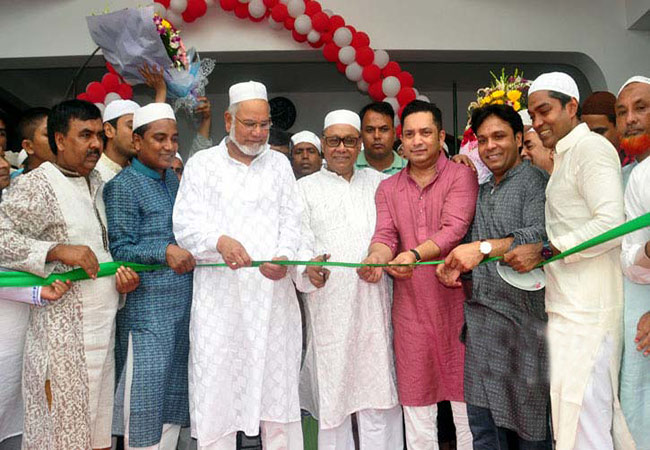 Bashundhara Group Chairman Ahmed Akbar Sobhan has said that he will always stand by the people of Beraid in Badda area of the capital.

He gave the assurance while addressing an inaugural function of Beraid Purbapara Jame Mosque at Baro Beraid on Friday.

“You (Beraid residents) have helped me much. That’s why a beautiful town is being set up here. I’ll stay beside you throughout my life,” he said.

Akbar Sobhan, a successful entrepreneur and visionary leader in the real estate, said, “I’ve heard that the mosque will finally be a 10-storey one. My help will remain in every floor.”

He has praised the development role of lawmaker Alhaj AKM Rahmatullah in Badda area.

“Rahmatullah has been helping us since 30 years. He is an honest, brave and qualified member of parliament. Beraid people are proud that they’ve got an MP like him.”

Speaking as the chief guest, Rahmatullah said he was grateful to Beraid residents and the Bashundhara Group chairman.

Ahmed Akbar Sobhan inaugurated the mosque by unveiling the cover with the inaugural stone and cutting a ribbon.

The mosque has been completed up to three storeys on one and a half bighas of land with a cost of about Tk 30 crore.

In his sermon, he said that in the mosque the principles of Ahl-e Hadith will be followed.

Madani also said the country has more than 10,000 such kind of mosques.