Surprise! The world's oldest mummies are not in Egypt 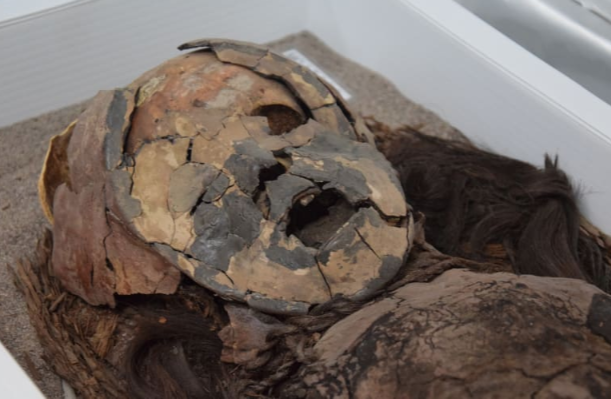 The first humans known to have mummified their dead did so in a rather improbable spot: the driest place on Earth.

The Chinchorro people settled in coastal bays of the Atacama Desert, in what is present-day Chile, around 7,000 BC and developed a technique for mummification around 5,000 BC.

That's roughly 2,000 years before the ancient Egyptians. Yet, while the Egyptians were a complex civilization mummifying elite pharaohs, the Chinchorro were pre-ceramic hunter-gatherers with a more egalitarian approach to honoring the dead.

Although little-known even inside Chile, the country hopes a UNESCO application for World Heritage Site status (the archeological sites are already on UNESCO's Tentative List) may finally get these mummies the attention they deserve.

To understand their improbable tale -- and why so few people know about them -- I catch a 2.5-hour flight from Santiago to Chile's northernmost city of Arica. From there, I hop in a colectivo (shared taxi) for a 9-mile (15km) ride into the Azapa Valley, a sinewy strip of green within the greater Atacama, to visit the San Miguel de Azapa Archaeological Museum in the small village of San Miguel de Azapa.

This unassuming institution, which has two small detached wings, holds the mummified remains of some 300 Chinchorro people, though it only displays about 10% of its collection for public view. That's because, at the moment, there is neither the money nor the space to showcase the mummies in a way that won't irrevocably damage them.

"It's a very sacred collection because the majority of the items are related to the ceremony of death," explains curator and conservationist Mariela Santos, as we peer over the mummified remains of a young woman whose face is hidden behind an evocative clay mask.