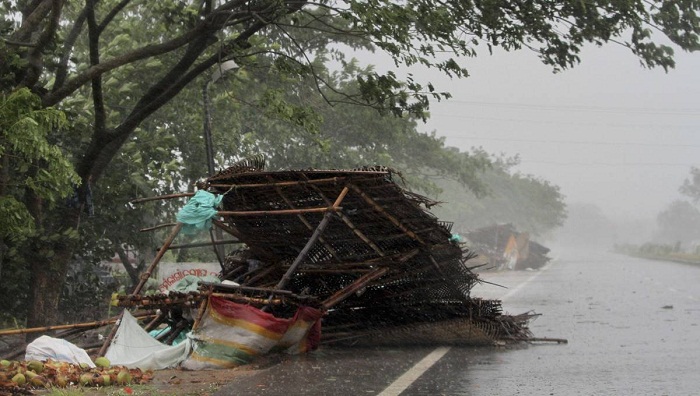 Cyclone Fani made a landfall in Puri on Odisha coast around 8 am, triggering heavy rainfall coupled with high velocity winds with speed of 175 kmph in vast areas, reports NDTV. The area along Puri is witnessing strong winds. Large areas in Puri and other places were submerged with water as heavy rains battered the entire coastal belt of the state. Several trees were uprooted and thatched structures destroyed at some places including Bhubaneswar.

All flights from Bhubaneswar have been cancelled from midnight, Kolkata airport will be shut between 3 pm pm today and till 8 am on Saturday. A total of 140 trains including 83 passenger trains have been cancelled so far. After crossing Odisha, cyclone Fani is likely to move towards West Bengal before tapering off.

The Odisha government has already evacuated lakhs of people from the coastal areas to camps on higher grounds. At least 14 districts in Odisha are in the path of the Cyclone Fani. People have been evacuated from Gajapati, Ganjam, Khurda, Puri, Naygarh, Cuttack, Jagatsinghpur, Kendrapara, Jajpur, Bhadrak and Balasore Mayurbhanj, Dhenkanal and Keonjhar which are expected to be badly impacted by the storm. Nearly 11 lakh people have been evacuated in last 24 hrs. Ganjam and Puri evacuated more than 3 lakh and 1.3 lakh people respectively to safe shelters. About 5000 kitchens started operating to serve people in the shelters.