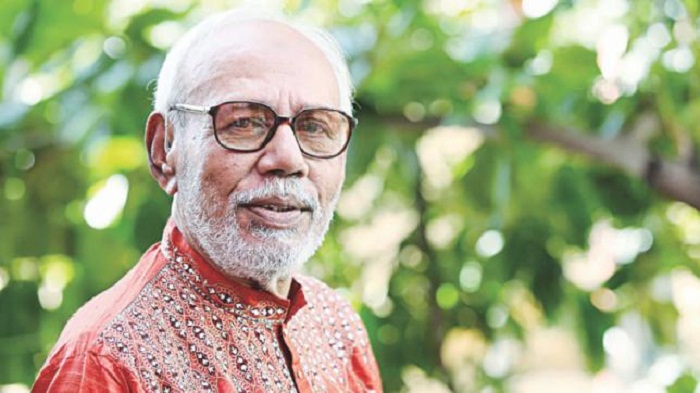 Doctors on Friday removed the life support of ATM Shamsuzzaman as his condition improved.

Earlier, the noted actor underwent a gallbladder surgery at Asgar Ali Hospital in Dhaka. Later, he was put on life support following the deterioration of his health condition.

The physicians turned off his life support around 11:00am as his physical condition is improving gradually.

Koel Ahmed, daughter of ATM Shamsuzzaman, revealed this information while talking to newsmen.

“He is breathing normally. Doctors suggest us to give him usual food from now,” Koel said.

She also said doctors will observe him for next 24 hours.

After visiting ATM Shamsuzzaman, SA Haque, Director of Asgar Ali Hospital said, “He laughed seeing me and talked to me. He also sought blessings from all.”

The Ekushey Padak-winning actor was hospitalised on April 26 after suffering from indigestion and then he underwent a surgery on April 27 and kept under a 72-hour observation.

He was put on life support at 3:00pm on April 30 following deterioration of his condition.

Shamsuzzaman began his career as a comedian and also wrote over 100 stories, and film scripts.

His movie career started in 1961 as the Assistant Director in "Bishkonna" while he first gained popularity as an actor through Amzad Hossain's "Noyonmoni" (1976).