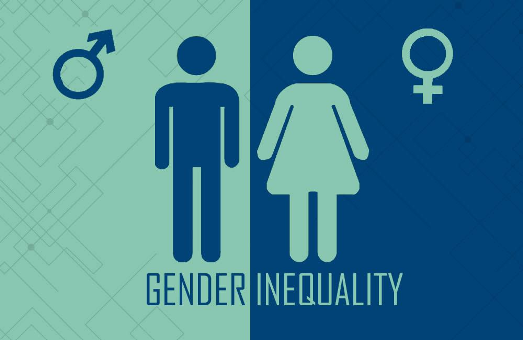 Are you blessed with a girl child? If yes, then you are fortunate enough!

The Hadiths of the Prophet (peace be upon him) about raising girls are beautiful and amazing. Girl children come with great rewards and blessings. If you offer care, love, support and education to your girl child, paradise awaits you.

At a time when baby girls were deemed as a source of shame, even buried alive, the Prophet (pbuh) came to rectify this grave wrong.

The Hadiths fought the infamous practices prevalent at that time: girl abuse, humiliation and infanticide.

Even today, the words of the Prophet (pbuh) are relevant and much needed.

It’s true that in many societies girls are valued less than boys. This discrimination is often reflected in unequal laws and traditions. In some places, for example, only males inherit property, care for ageing parents or carry on the family name. These traditions often create incentives for parents to have sons rather than daughters.

These gender imbalances have resulted in substantial numbers of “missing women”, a term coined by Amartya Sen in the late 1980s, based on his own research indicating that more than 100 million women were missing worldwide.

The projection estimates that by 2020 more than 142 million women will be missing.

Son preference is an expression of the low value that girls are afforded in some communities. It often reflects discriminatory socio-economic practices and traditions. Meanwhile, daughters may be considered a burden.

Such traditions place huge pressure on women to produce sons. Some women may even face abandonment or violence if they have daughters instead of sons. Studies have shown that unwanted girls may endure neglect or be deprived of opportunities – creating a further disincentive for mothers to have daughters since they do not want to see their children suffer. Son preference ultimately affects women’s sexual and reproductive lives, with implications on their health and survival.

The consequences of low value of girls and gender-biased sex selection are far-reaching.

Skewed sex ratios lead to ‘masculinisation’ of society. The long-term consequences of this could be dangerous, including the possibility of increased sexual violence and human trafficking. Tragically, the social ills perpetuate and reinforce the root cause of son preference: gender inequality.

In China and India, men who would like to get married may not be able to, and there are signs that the upcoming “marriage squeeze” could have serious social consequences. Instances of increased sexual violence and human trafficking have been linked to this situation. And there has already been an increase in “cross-border brides” – women and girls migrating, or being trafficked, into areas where there are fewer women than men.

In Bangladesh too there is the evidence that gender-biased sex selection has taken root. Son preference (28 per cent) is more than double than daughter preference (12 per cent) among the married women aged between 15-49 years and who have at least one child less than five years old in Bangladesh.

This reality came to light from preliminary findings of the first ever comprehensive research on the Gender-Biased Sex Selection in Bangladesh: Exploring Causes and Consequences.

The Department of Population Sciences of Dhaka University with the United Nations Population Fund (UNFPA) and the European Union (EU) conducted the study in 12 districts of the divisions of Dhaka (Dhaka, Gazipur, Manikganj and Faridpur), Rangpur (Rangpur, Thakurgaon, Dinajpur and Gaibandha) and Sylhet (Sylhet, Sunamganj, Habiganj and Moulvibazar).

The main reason of using ultrasonography during their pregnancy to know the sex of the foetus is that women wanted to know their child’s sex before delivery.

The rate is the highest in Rangpur division, 45 per cent, and the lowest in Dhaka division at 31 per cent.

The findings of the study have been revealed at a seminar at CIRDAP International Conference Centre (CICC) auditorium in Dhaka on March 28, 2019.

The research is important because it speaks of the very heart of development of Bangladesh.

This writer also met a lot of families who were ready to terminate their pregnancy just because of expecting a girl. In most cases, men pushed their wives to make this decision.

However, one of the brothers of this writer, S I M Khaleque Dad, loves being the father of two girls. “I try to spend quality time with them. Both of them have a very warm personality,” he explained.

In many ways, he says, it is like a dream come true. “I’d always wanted to have daughters,” he said.

"I don’t know how to explain, but it’s a different feeling when you are a father of two girls," he said.

Still, he acknowledges, many people do not feel the same way.

In places like India and China, men are expected to greatly outnumber women for generations, even if sex ratios at birth return to normal.

The longer-lasting solution, experts agree, is improving the status of women and girls.

If Bangladesh wants to be a fully developed country and reap its demographic dividend, it needs to give some preference to looking deep into gender-biased sex selection.

A country having a large youth population does not automatically promise a demographic dividend unless proper quality education, health and decent work are ensured for both boys and girls.

It is important to discuss and advocate for equal value of boys and girls with various actors in development as well as civil society.

The longer-lasting solution is improving the status of women and girls.

Gender equality and the empowerment of women and girls are the solution.

Tackling the root cause of son preference and gender-biased sex selection – gender inequality – may be more effective, and it yields benefits for all of society. Empowered women and girls contribute to the health and productivity of families and communities and improve prospects for future generations. Awareness of their value and contributions is essential to changing behaviour.

Strong political commitment and community-level action are also needed. Access to education and reproductive health services helps empowerment of women and improves their health, productivity and status. Other policies can also play a key role.

Many governments are working closely with UNFPA to address son preference. In India, for example, collaborations with judiciary, health sector, law enforcement, media, researchers and community members, including religious organisations, have resulted in good practices.

In a bid to combat the issue, traditional attitudes towards women should be changed. Campaigns should be organised for promoting and upholding the value of women.

UNFPA launches the Global Programme to Prevent Son Preference and Gender-Biased Sex Selection, the first global effort of its kind.

With funding from the European Union, the programme will work with the governments of Armenia, Azerbaijan, Bangladesh, Georgia, Nepal and Viet Nam to gather information about gender-biased sex selection and to raise the value of women.

Time has come to call for ending ‘son preference’ to promote gender equality.