Tigers’ green jersey finalised with red strip at the front 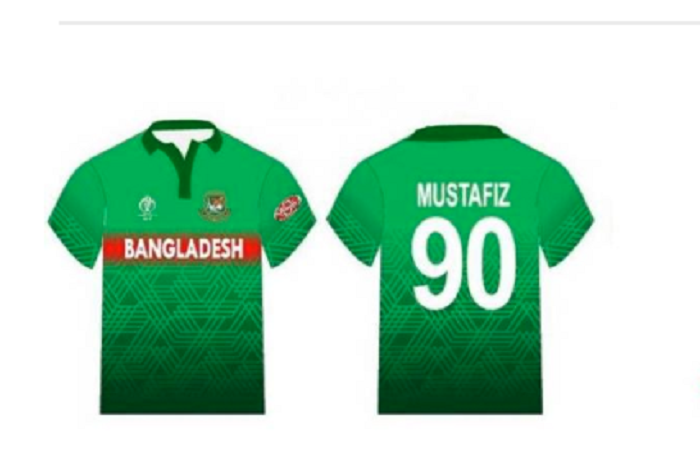 The green jersey of the Bangladesh National Cricket Team for the ICC World Cup has been finalised bringing one change with the inclusion of a red strip at the front.

Now, the word ‘Bangladesh’ is written in white on red strip at the front.

The Tigers will now appear with the changed and newly designed green shirt in addition to their red jersey in the ensuing World Cup beginning in England and Wales on May 30.

It may be noted that country name, player name and number were originally printed in red on the predominant green shirt and sent for approval from the event authority, Bangladesh Cricket Board said in a statement on Thursday.

However, the BCB was advised to use white for country name, player name and number on the green base for prominence, it said. “Accordingly, the writings on the green shirt were changed to white from red which was earlier approved by the ICC.”

Subsequently, to retain a red impression, the BCB has made one change to the green shirt with the inclusion of a red strip at the front, the BCB said, adding that this has since received the approval of the ICC.