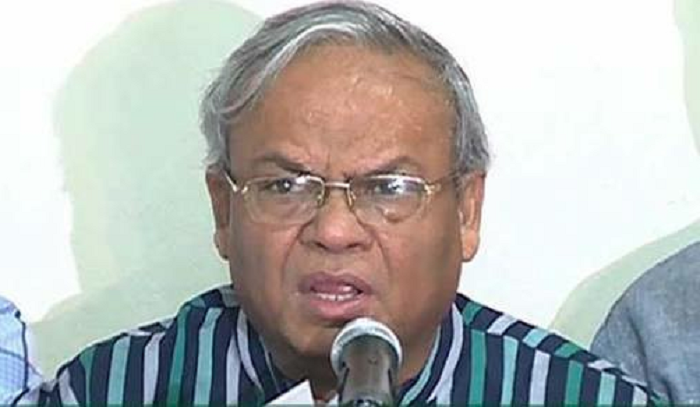 BNP on Thursday asked its leaders and activists at all levels to get ready to stand beside people in the coastal areas as the severe cyclonic storm Fani is likely to hit the country on Friday evening.

“We call upon our leaders and activists to take preparations in advance in the coastal areas to tackle a serious natural distraction like Fani. We also ask them to get ready for working as rescue workers,” said party senior joint secretary general Ruhul Kabir Rizvi.

Speaking at a press conference at the party’s Nayapaltan central office, he also urged BNP leaders and workers to go to the coastal areas to move away the vulnerable people to safer places before the storm hits. “We do believe, they’ll work for ensuring the security of helpless people maintaining their own safety.”

The BNP leader also called upon the government to take all the necessary preparations and keep security forces and rescuers ready to save people from disasters and ensure their security.

Rizvi, however, expressed deep concern that the government is not taking any visible preparation to face the very strong cyclonic storm.

“No preparation is insight to deploy rescuers, rescue vessels, and store pure drinking water in coastal areas to face any exigency. The National Disaster Management Council, headed by the Prime Minister, is supposed to hold a meeting to tackle a serious disaster. But she (PM) went abroad without holding any meeting. There’s also no meeting in costal districts,” he alleged.

He also questioned as to why the government still did not hold any meeting with the armed forces, law enforcers, coastguards, and the members of Ansar and VDP.“There’s also no effort insight to take advance preparations for rescue operation.”

Meanwhile, Met Office says Khulna and adjoining southwestern coastal areas will feel the peripheral effects of ‘Fani’ by Friday morning while the cyclone may hit in the evening.

The very severe cyclonic storm was 915km southwest of MonglaPort and 925km Southwest of PayraPort at 9am on Thursday.