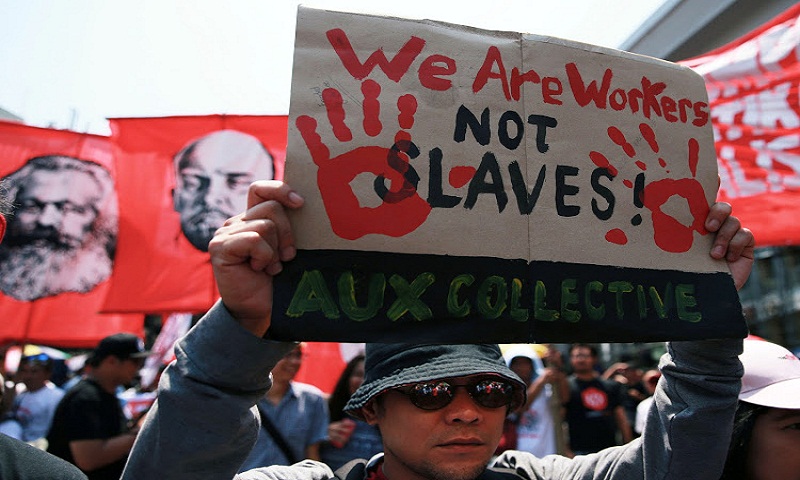 Thousands of Philippine protesters marched in Labour Day rallies on Wednesday, torching a giant effigy of President Rodrigo Duterte as they attacked his economic policies' impact on the nation's poor.

Rows of marchers flew red banners and chanted near the presidential palace in Manila, where they set fire to the horned effigy adorned with Chinese and US flags -- the two competing powers in the Philippines.

"We continue to call on the government to provide a reasonable and living wage not only for us teachers but for all the workers in this country," demonstrator Alex Legaspi, an educator for 30 years, told AFP.

Police reported about 8,200 marchers attended "generally peaceful and orderly" rallies nationwide, with the majority in the capital.

The Philippines' economy is one of the strongest in Asia, with growth that is consistently above six percent. However, just under a quarter of the nation of 106 million live in deep poverty.

Workers get fewer benefits and protections under the practice, which is referred to as "contractualisation".

"All of the workers with contractual employment should now be regularised since it was the promise of President Duterte," said 43-year-old Mimi Doringo, a union organiser.

The economy is an issue that has previously made a dent the high approval ratings credited to Duterte by Philippine opinion polls.

Climbing inflation and a jump in prices for national staple food rice last year became a political liability before being tamed by central bank rate hikes and falling oil prices.