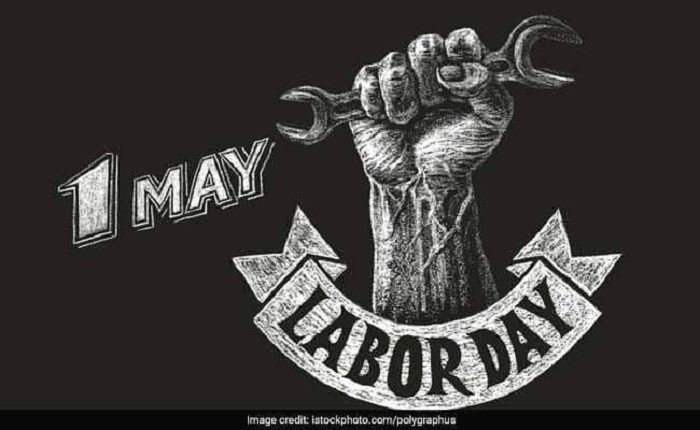 May Day is a May 1 celebration with a long and varied history, dating back millennia. Throughout the years, there have been many different events and festivities worldwide, most with the expressive purpose of welcoming in a change of season (spring in the Northern Hemisphere). In the 19th century, May Day took on a new meaning, as an International Workers’ Day that grew out of the 19th-century movement for labour rights and an eight-hour work day in the United States.

In fact, the connection between May Day and labour rights began in the United States. During the 19th century, at the height of the Industrial Revolution, thousands of men, women and children were dying every year from poor working conditions and long hours. In an attempt to end these inhumane conditions, the Federation of Organised Trades and Labour Unions (which would later become the American Federation of Labour or AFL) held a convention in Chicago in 1884. The FOTLU proclaimed “eight hours shall constitute a legal day’s labour from and after May 1, 1886.

The following year the Knights of Labour – then America’s largest labour organisation backed the proclamation as both groups encouraged workers to strike and demonstrate. On May 1, 1886, more than 300,000 workers (40,000 in Chicago alone) from 13,000 business houses walked out of their jobs across the country. In the following days, more workers joined and the number of strikers grew to almost 100,000.

Overall, the protests were peaceful, but that all changed on May 3 where Chicago police and workers clashed at the McCormick Reaper Works. The next day a rally was planned at Haymarket Square to protest the killing and wounding of several workers by the police.

The speaker, August Spies, was winding down when a group of officers arrived to disperse the crowd. As the police advanced, an individual who was never identified threw a bomb into their ranks. Chaos ensued, and at least seven police officers and eight civilians died as a result of the violence that day.

The Haymarket Riot set off a national wave of repression. In August 1886, eight men labelled as anarchists were convicted in a sensational and controversial trial despite there being no solid evidence linking the defendants to the bombing. The jury was considered to be biased, with ties to big business. Seven of the convicted men received death sentences, and the eighth was sentenced to 15 years in prison. In the end, four of the men were hanged, one committed suicide and the remaining three were pardoned six years later.

A few years after the Haymarket Riot and subsequent trials shocked the world, a newly formed coalition of socialist and labour parties in Europe called for a demonstration to honour the “Haymarket Martyrs.” In 1890, over 300,000 people protested at a May Day rally in London.

The workers’ history of May 1 was eventually embraced by many governments worldwide.

Today, May Day is an official holiday in more than 100 countries and unofficially celebrated in many more, but ironically it is rarely recognised in the country where it began, the United States of America.1 May, the date when the original protest to win the eight hour day was meant to start, has since been memorialised internationally as International Workers’ Day, to commemorate the Haymarket Affair. Around the world it is associated with protests and demonstrations over social, political and economic issues.

May Day, also known as International Workers' Day or International Labour Day, is a national holiday in so many countries, paying respect to workers all over the world. The day is also chosen to honour the people who died during a demonstration in Chicago in 1886 when workers were striking for an eight-hour working day. A bomb was thrown at the police, leading them to fire on the protesters. In fact, four demonstrators and seven policemen died in the violence.

Work is an extension of personality. It is achievement. It is one of the ways in which a person defines himself, measures his worth, and his humanity. Elizabeth Esty said, “As we celebrate Labour Day, we honour the men and women who fought tirelessly for workers’ rights, which are so critical to our strong and successful labour force.”

Each year, Labour Day gives us an opportunity to recognise the invaluable contributions that working men and women make to our nation, our economy and our collective prosperity. It gives us a chance to show gratitude for workers' grit, dedication, ingenuity and strength, which define our nation's character.

As we celebrate Labour Day, we honour the men and women who fought tirelessly for workers' rights, which are so critical to our strong and successful labour force. For more than 100 years, May 1 has been an international day to celebrate and defend the rights of the working class. It means throughout the world many countries and cultures are celebrating some form of May Day, a day meant to honour working people everywhere. In many countries, the May 1 holiday was obtained by trade union agitation supported by socialist parties.

In short, May Day is a public holiday usually celebrated on 1 May. It is an ancient Northern Hemisphere spring festival and a traditional spring holiday in many cultures. Dances, singing, and cake are usually part of the festivities. In the late 19th century, May Day was chosen as the date for International Workers' Day by the Socialists and Communists of the Second International to commemorate the Haymarket affair in Chicago. International Workers' Day can also be referred to as May Day.

We remember the song sung by Richard Branson: “That's the sound of the men; working on the chain gang; all day long they work so hard; and till the sun is going down...” May Day has a great significance in the books of the history. It marks a crucial day for everyday humans. It observes the struggle of the working class who fought to make a day of 8-hours of work in the late 19th-century. It is of a great significance as protesters struggled for the welfare of their entire working class community and for universal peace. The workers have been celebrating their hard work over the years. It was much-needed because a significant proportion of workers were employed for 10 to 14 hours per day and that too, in unsafe working conditions.

We hear workers are singing. Those of mechanics, each one singing his as it should be blithe and strong, the carpenter singing his as he measures his plank or beam, the mason singing his as he makes ready for work, or leaves off work, the boatman singing what belongs to him in his boat, the deckhand singing on the steamboat deck, the shoemaker singing as he sits on his bench, the hatter singing as he stands, the woodcutter's song, the ploughboy's on his way in the morning, or at noon intermission or at sundown, the delicious singing of the mother, or of the young wife at work, or of the girl sewing or washing, and each singing what belongs to him or her and to none else. The day what belongs to the day-at night the party of young fellows, robust, friendly, singing with open mouths their strong melodious songs in praising the May Day.

When we are up against a trouble, meet it squarely, face to face, lift our chin, and set our shoulders, plant our feet and take a brace, when it is vain to try to dodge it, we do the best that we can do. We may fail, but we may conquer - see it through! On this May Day, we dance to make a revolution— a joyful world’s in birth! No more the corporate smoke shall blind us. We can hear the trees and oceans call – humankind amid earth's breathing life-forms – together we are all! As we face the crisis of all history, let us rise to heal our place; to save our deeply wounded planet; and we must wake the human race!

To finish-off today, we wish to pronounce the words of Albert Einstein, “A hundred times every day I remind myself that my inner and outer life depend on the labours of other men, living and dead, and that I must exert myself in order to give in the same measure as I have received and am still receiving.”

The writer is a senior citizen who writes on politics, political and human-centred figures, current and international affairs.