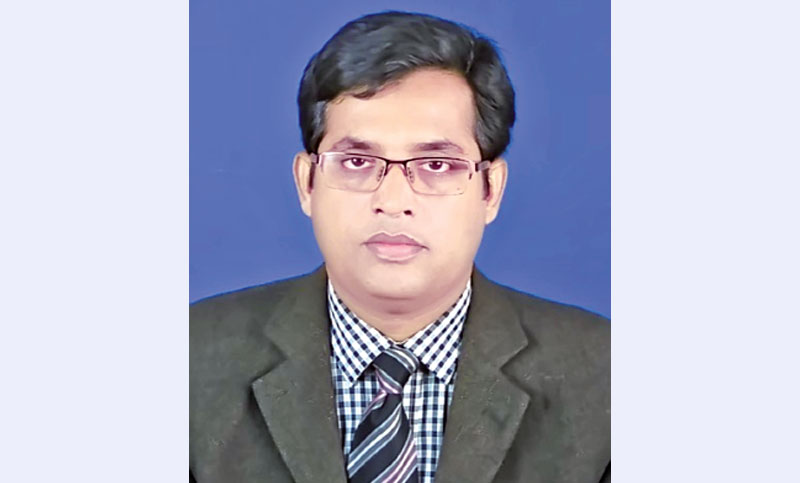 Political division among the professionals is not new in Bangladesh. The process started since post 1975 and the segmentation has reached an extreme stage in the last few years. Like other professional bodies, university teachers are also practising political activities under different banners. Most importantly, the majority of the teachers are divided into two groups. One group is upholding the spirit of Liberation War and progressivism while the other group support BNP-Jamaat. The practice of politics is very much strong in public universities as compared to private universities. Thus, one moot question is to what extent the public university teachers are derived by their ideological affinity as opposed to personal and group interest.

Recently, on the 18th of April, the teachers of Rajshahi University exercised their voting rights to elect the new executive committee of the Rajshahi University Teachers’ Association (RUTA). The election result shows that the teachers’ wing upholding the spirit of Liberation War and progressivism have lost the post of president and four executive committee members. The total number of registered members of the progressive teachers’ wing is around 700 as opposed to around 350 who are the supporters of BNP-Jamaat. I wrote a similar article in the month of April of 2018 when there was a catastrophe in the election of teachers’ association and different authorities at Rajshahi University. Thus, this election result deserves an analysis.

If an attempt is made to make an analysis of the election result, a number of important issues would come out that entails immediate attention of all concerned. The first of all is the reducing intensity of the ideological affinity of the RU teachers. It makes me really think how a person upholding the spirit of the Liberation War, progressivism and the philosophy of Bangabandhu could vote for the candidates upholding the philosophy of BNP-Jamaat. But, the reality is that a good number of teachers have voted against their own candidates. The second issue is what factors have motivated these groups of teachers to cast their votes against their candidates. Lack of ideology, personal jealousy, greed for power and some other factors might have influenced them to take such a suicidal attempt. The third issue is that the continuous defeat of the minority candidates in the election.

In the recently held election, only two minority candidates managed to get the nomination from party leadership in the post of executive committee members. Both of them have lost the election with a huge margin. The trend started quite a long ago that is continuing until today. The reality is that there is a large group of supporters of the progressive teachers’ wing who do not cast their vote for the minority candidates. In my write-up on the RUTA election of 2018, I termed this trend as the growth of progressive fundamentalism in RU election politics.

Among different dimensions, one important dimension is that the growth of regional politics has negatively affected the election result. We have experienced that there is a particular regional group who are very united. They use to cast their votes in favour of their regional candidates without considering the ideological affinity of the candidate. If this trend continues, it will bring a disaster to the future of the progressive teachers’ wing.

Of course, one may argue that candidates’ personal charisma plays an important role during the election. I agree with this proposition. But, at the same time, I want to argue in the line that choosing 15 people from among around 700 members is not an easy task. Moreover, the candidates were given nomination by the party leadership. Thus, if we really believe in any sort of ideology, it will not be possible for me to vote against my own party’s candidate. If we are driven by the ideology, there is no scope for exercising voting rights based on personal likings and disliking. Those who have done this I have a doubt on their ideological affinity. Moreover, there is a group of teachers who get them involved in the election engineering during every election. I strongly believe that these crazy people are psychologically sick. I have a feeling that these teachers would fail to desist from getting involved in the election engineering even when they would stand in the election.

Whatever might be the reasons for this defeat, the election result would affect the teaching community very seriously. As we all know that the government has declared 2020 as the Mujib Year to celebrate the centenary of Bangabandhu's birth anniversary. Thus, RUTA has an important role to play during this observance of the centenary. If we could have made a clean sweep in the election, our executive committee would have been in a better position to make decisions in regard to the observance of Bangabandhu’s 100th birth anniversary.

Under the above circumstance, it is high time for the leadership of the progressive teachers’ wing to make an analysis of the overall situation. It is well known that there are a good number of fractions among these teachers’ wing. But all should comprehend the fact that greed for power and personal jealousy are driving them towards self-degradation. The leadership of the party should understand the gravity of the situation and act accordingly.

The incident of Rajshahi University should not be treated as an isolated case. Rather, there is a crying need to make an analysis of the incident from a holistic perspective as there are fragmentations among the teachers’ group upholding the spirit of Liberation War and progressivism in all most all public universities. As a result, the university administration does not require fighting against the teachers’ wing upholding the spirit of BNP-Jamaat. Rather, they always feel pressure from their own supporters. The pressure is immense during the election as they try to put them in a wobbly situation by casting their votes against their own party nominees. Thus, the university administration should invest their efforts to bridge the gaps among the teachers of progressive groups.

The author is a Professor of Public Administration and an Additional

Director of the Quality Assurance Cell (IQAC) at the University of Rajshahi, Bangladesh.