Clashes break out at Venezuela May Day protest 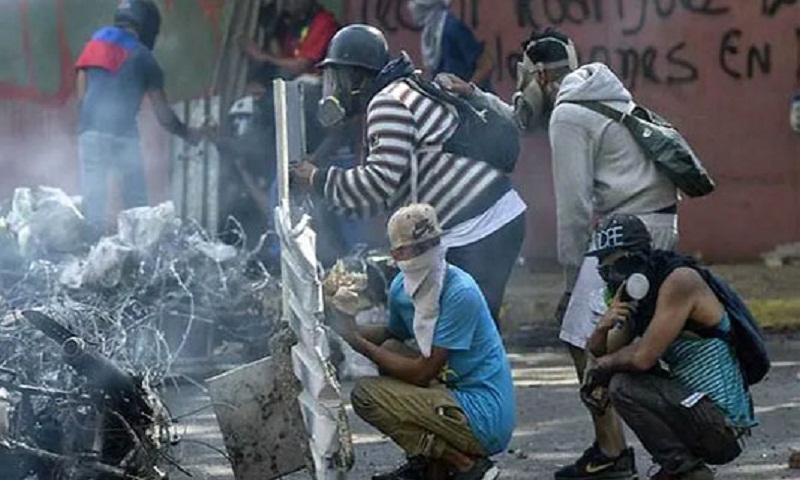 Clashes broke out between opposition supporters and Venezuela’s armed forces in the capital Caracas on Wednesday during May Day protests with opposition leader Juan Guaido attempting to rally demonstrators against President Nicolas Maduro.

National Guard troops fired tear gas at stone-throwing protesters attempting to block a highway close to the air base in eastern Caracas where Guaido had tried on Tuesday to spark a military uprising against Maduro.

A second day of confrontations between opposition supporters and Maduro’s security services came as the United States said it was prepared to take military action, if necessary, to stem the crisis in the South American nation.

In Tuesday’s clashes one person was killed and dozens injured, according to human rights monitors.

Tensions in Venezuela have soared since Guaido, who heads the National Assembly, invoked the constitution to declare himself the acting president on January 23, claiming Maduro’s re-election last year was illegitimate.

UN Secretary General Antonio Guterres warned Venezuela’s authorities not to use deadly force against demonstrators, while the US and Russia accused each other of making the crisis worse, evoking Cold War confrontations of the past.