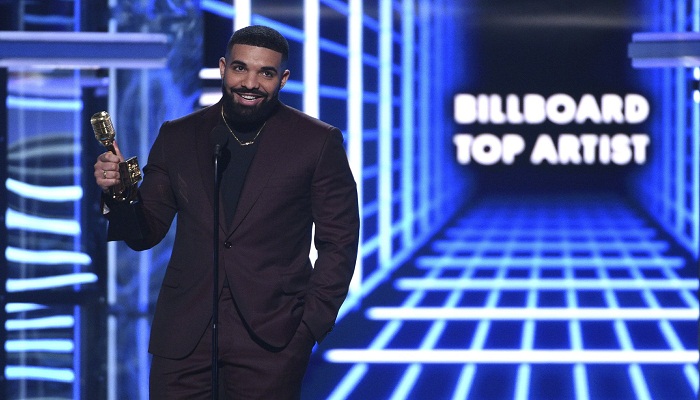 Mother’s Day is in a couple weeks, but Drake gave his mom an early gift with a heartfelt speech at the 2019 Billboard Music Awards, where the rap star also broke Taylor Swift’s record for most wins.

Drake turned up the love for his mom when he picked up top artist, besting Cardi B, Ariana Grande, Post Malone and Travis Scott. He won 12 awards Wednesday in Las Vegas, making his career total 27 (Swift has 23 wins).

He looked up to the ceiling as he held the trophy, then said: “I just want to thank my mom for her relentless effort in my life.

Family bonding was a theme at the three-hour show, which aired live on NBC and was hosted by Kelly Clarkson