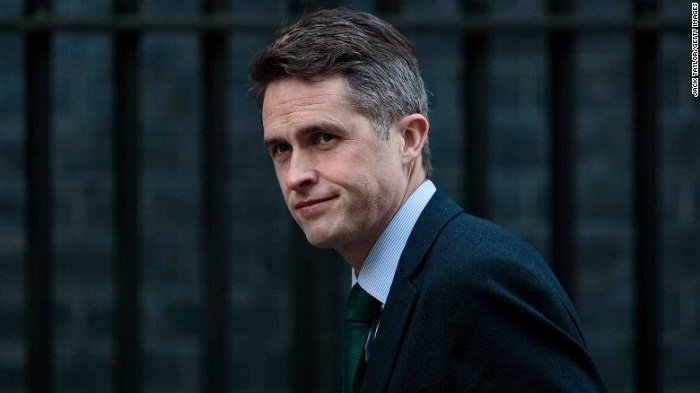 British Prime Minister Theresa May has fired her Defense Secretary Gavin Williamson over the leaking of a key decision related to the Chinese telecoms company Huawei from a UK National Security Council meeting.

May's surprise decision followed an inquiry into how the Daily Telegraph newspaper discovered that the UK government was preparing to give Huawei access to parts of the country's 5G mobile network.

"The Prime Minister has this evening asked Gavin Williamson to leave the Government, having lost confidence in his ability to serve his role of Defence Secretary and as a member of her Cabinet," the statement said.

"The Prime Minister's decision has been informed by his conduct surrounding an investigation into the circumstances of the unauthorized disclosure of information from a meeting of the UK National Security Council."

Williamson "strenuously" denied he was the source of the leak, in a letter posted to his Twitter account on Wednesday night.

"I am sorry that you feel recent leaks from the National Security Council originated in my Department. I emphatically believe this was not the case," he said.

"I strongly deny that I was in any way involved in this leak and I am confident that a thorough and formal inquiry would have vindicated my position."

Williamson added that he chose not to accept Prime Minister May's offer for him to resign because it would have suggested that he was guilty.

The Daily Telegraph's leaked story was controversial because of allegations by some Western countries, including the United States, that Huawei products could be used by China for spying.

Huawei, the world's largest supplier of telecom equipment, has repeatedly denied the accusations. While Australia has already barred its equipment from the country's 5G networks, Huawei has fought hard to convince the United Kingdom that its products are safe for use.

Following the leak, an inquiry was launched by Cabinet Secretary Mark Sedwill after the information from the secret discussions on April 23 was published in the paper.

In a letter to Williamson, May said it was an "extremely serious matter, and a deeply disappointing one."

"It is vital that I have full confidence in the members of my Cabinet and of the National Security Council. The gravity of this issue alone, and its ramifications for the operation of the NSC and the UK's national interest, warrants the serious steps we have taken, and an equally serious response."

However Scotland Yard, the headquarters for the Met Police, said in a statement that they were aware of the leak but were not carrying out an investigation at this stage, according to PA.

"Clearly if at any stage we receive any information that would suggest criminal offences have been committed, then we will look into that," it added.

May shortly after Williamson was fired that Minister for Women and Equalities Penny Mordaunt would replace him. She will be the country's first female defense secretary.