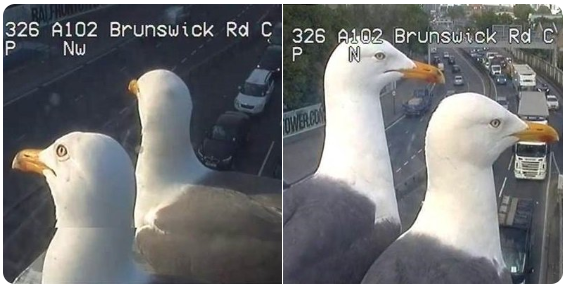 Two seagulls have gained viral Internet fame after blocking the view of a traffic camera in London. The inquisitive birds have been filmed over the past two days walking around in front of the camera, reports Daily Mail. Twitter posts featuring the two have gone massively viral online, collecting tens of thousands of 'likes' and 'retweets'.

The first picture was shared by Transport for London on the micro-blogging website on Monday and left thousands amused.

On popular demand, they soon inducted the seagull as a reporter and shared an update with their Twitter followers.

The birds were nicknamed Graeme and Steve by Transport for London employees, who also thanked them for helping out during "beak time".

What do you think of these curious seagulls? Let us know using the comments section.