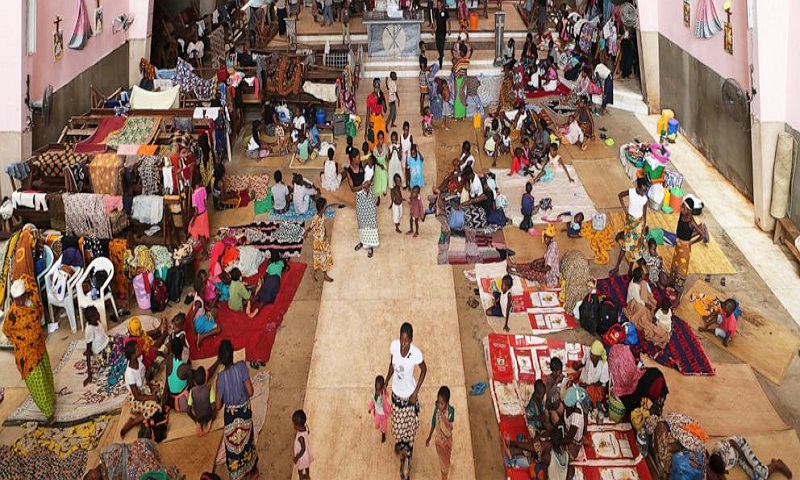 Next to a marble pulpit inside a Catholic church, a young Muslim girl chases around with other children.

The church has become a home for her and nearly 1,000 others from different faiths as they wait out the aftermath of Mozambique's latest devastating cyclone.

Situated in the heart of this predominantly Muslim but diverse city ravaged by Cyclone Kenneth, the Maria Auxiliadora parish houses those displaced by the storm in Cabo Delgado, Mozambique's northernmost province.

The government has said 41 people have died after the cyclone made landfall on Thursday, and the humanitarian situation in Pemba and other areas is dire. More than 22 inches (55 centimeters) of rain have fallen in Pemba since Kenneth arrived just six weeks after Cyclone Idai tore into central Mozambique.

This is the first time two cyclones have struck the country in a single season, and Kenneth was the first cyclone recorded so far north in Mozambique in the era of satellite imaging.

The danger is not over. More rain was expected and rivers were expected to reach flood stage by Thursday, the United Nations humanitarian office has said, citing a U.K. aid analysis. It is the end of the rainy season and rivers already were running high.

Shelter is a top priority for most cyclone survivors and this is what the church is providing, promoting itself as a safe space even before the storm.