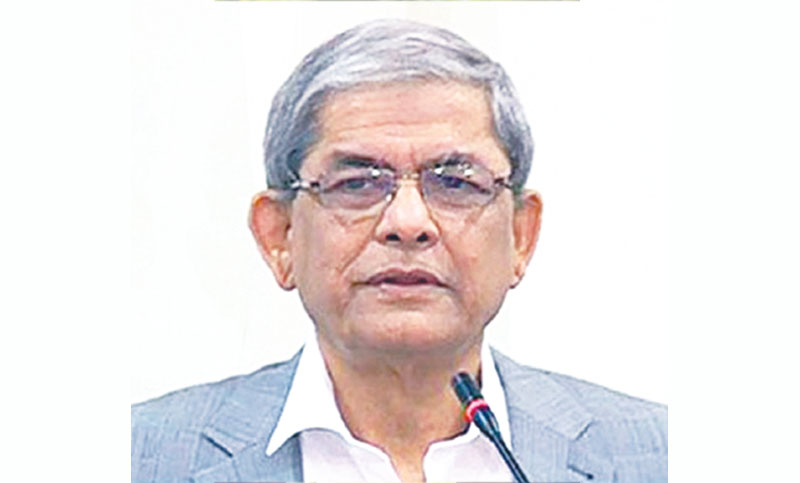 “The seat of Mirza Fakhrul Islam Alamgir has been decalred vacant as he has failed to take the oath (as a lawmaker) within 90 days,” she told the House in presence of five other new BNP MPs who took oath over the past couple of days.

As per law, if any lawmaker-elect, refrains from taking oath within 90 days after the beginning of the first session or refrained from informing the Speaker, the membership is cancelled.

“Under the circumstances, Mirza Fakhrul Islam Alamgir, elected from Bogra-6 constituency, failed to take his oath. The House has been informed about the matter. Now the Election Commission will take its next course of action,” she said.

The Rule 178 (3) mentions that if a member resigns his seat, or is absent, without leave of the House, for ninety consecutive sitting days of the Parliament, or fails to make and subscribe his oath of office within the time mentioned in clause (1)(a) of Article 67 of the Constitution, or otherwise ceases to be a member, the Speaker shall bring the fact to the notice of the House, if it is in session; Provided that when the Parliament is not in session, the Speaker shall inform the House immediately after the House reassembles that a member has resigned or ceased to be a member, as the case may be, during the inter-session period.

Confusion reigned in political circles over what had really happened within the BNP. Did all the five defy party orders or they acted on party lines. The first BNP man to take oath was thrown out the party, while the other four claimed it was as

per decision of the party’s London-based acting chief Tarique Rahman.

On Monday, it was reported that Alamgir has sent a letter to the Speaker seeking the time as the deadline of taking the oath ended.

But on Tuesday, Fukhrul refuted the reports saying the meia reports were “totally false.” The Speaker also said that she did not receive any letter.

Fukhrul explained his party’s position on why the other five BNP men took oath as lawmakers, saying “All, except me, have taken the oath. It is a decision of our party. Nothing happens without the decision of the party. It is a part of our policy.”

Asked about the letter, the Speaker also refrained from making the issue clear.

“It is not that the letter must come to me. There is no problem if the letter had reached the Parliament Secretariat within the stipulated time,” she said. When her attention was drawn to Fukhrul’s denial, Shirin then the letter did not reach.

The journey of the current parliament began on January 30 after the the December 30 general elections, participated by all registered political parties.