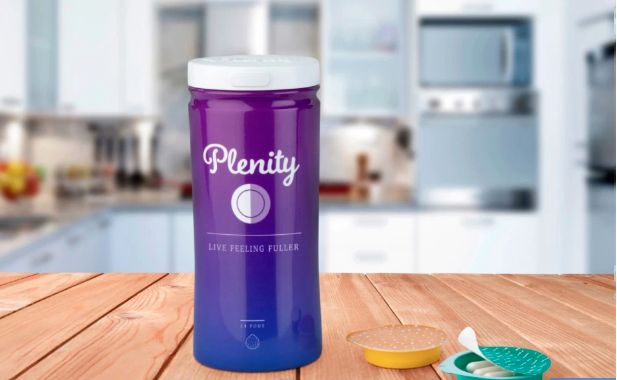 A new capsule was recently cleared by the US Food and Drug Administration to help adults who are overweight or obese shed some pounds when used along with diet and exercise, according to the biotechnology company Gelesis, which developed the product.

Research finding that this weight management approach has a "strong safety and efficacy profile" was presented Monday at the 26th European Congress on Obesity in Glasgow, Scotland. The research was funded by Gelesis.

The company announced FDA clearance this month and noted that the product, called Plenity, is the only prescription weight management product cleared for use by overweight adults with a body mass index of 25 or higher.

Body mass index, or BMI, is a person's weight in kilograms divided by the square of their height in meters, and the measurement is used to screen for obesity. A BMI of 25 to 29.9 is considered overweight, and a BMI of 30 or greater is considered obese.

Nearly 40% of people 20 and older in the United States are living with obesity.

Gelesis said Plenity will be broadly available by prescription in the United States in 2020. No cost for the product has been announced.

Even though it looks like a pill, Plenity is considered a medical device.

The hydrogel capsule can be taken with water before lunch and dinner. In the stomach, the capsule releases thousands of particles that absorb water and swell to create small individual gel pieces. Those gel pieces increase the volume and elasticity of the stomach and small intestine, helping to make you feel full, which then could lead to weight loss.

Once in the large intestine, the hydrogel is partially broken down by enzymes, loses its three-dimensional structure, releases the water that was absorbed and then gets expelled in feces.

"The most compelling aspects of this approach are its effectiveness, novel mechanism of action and impressive safety data," Dr. Ken Fujioka, a weight loss expert, endocrinology researcher at Scripps Clinic and scientific advisor to Gelesis, said in the company's announcement.

"This approach creates another arm in the treatment algorithm of weight management and could be used by an overwhelming majority of people struggling with weight issues," he said.

Data from a study on Plenity, published in the journal Obesity in February, found that the treatment resulted in 6.4% weight loss in a group of 223 patients using the product compared with 4.4% in 213 patients using a placebo. The study was funded by Gelesis.

Plenity isn't the only weight loss aid that has emerged in recent years; several interventions are on the market.

Yet "for the first time in a long time, it's a new treatment for obesity that doesn't affect the central nervous system," said Dr. Dyan Hes, medical director of Gramercy Pediatrics in New York, who sits on the board of the American Board of Obesity Medicine.

"So most of the drugs on the market that are appetite suppressants or work on the appetite regulatory system have some kind of central nervous system side effect, because any time you affect any neurotransmitter in the brain regarding appetite, there's always going to be another systemic effect of some system, whether it's moodiness or it can affect depression or it can affect headaches," said Hes, who has no relation to Plenity but is board-certified in both pediatrics and obesity medicine.

"This is really, clearly just focused on the physicality of being more full," she said. "Your stomach is going to be more full, and it's excreted, and it's really not affecting your central nervous system in that sense."

In general, a medication can be considered effective for weight management if, after one year of treatment, at least 35% of those in the drug group (and about double the proportion of people of the placebo group) lose at least 5% of their weight in a study or trial.