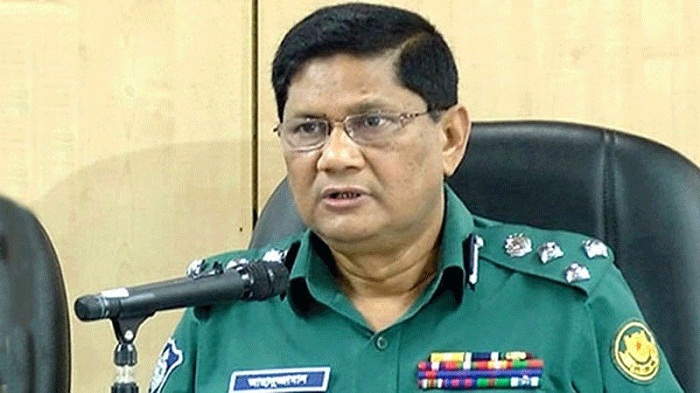 Dhaka Metropolitan Police (DMP) Commissioner Asaduzzaman Mia on Tuesday said the cocktail, which blasted at capital’s Gulistan area yesterday and injured three policemen, was not a usual explosive and it was ‘very powerful’.

He came to this comment before journalists while visiting at Dhaka Medical College Hospital to observe the condition of the injured police constable on Tuesday morning.

Asaduzzaman Mia said, “We are investigating the claim of Islamic State blasting those bombs in public.”

A drive is underway to arrest the culprits, said the DMP chief.

Earlier on Monday night, three members of police were injured at a cocktail (bomb) attack in front of Bangabandhu Shopping Complex at Gulistan area in the capital around 8:00 pm.

Electricity connections of the area were also cut off for two minutes during the incident.

The injured were identified as traffic constable Nazrul Islam, 45 and Md Liton, 42 and Community police Md Ashik, 26. They were first taken to Rajarbag and then to Dhaka Medical College and Hospital (DMCH).

Militant group Islamic State (IS) claimed to have wounded three police in a bombing on early Tuesday.