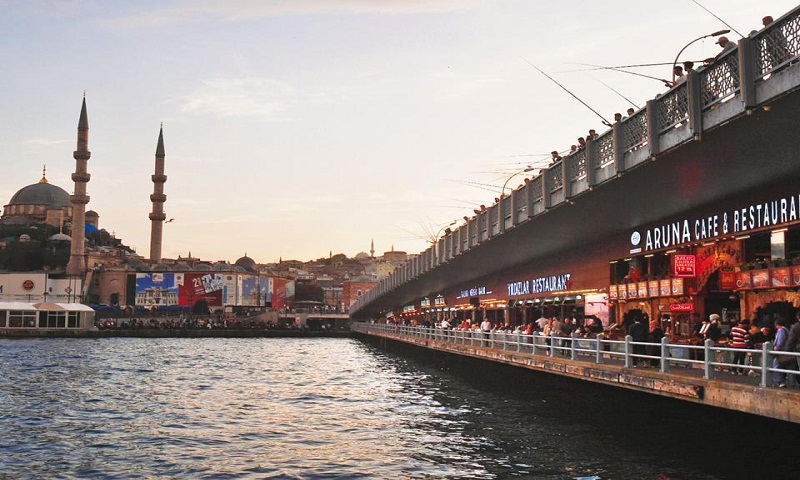 It’s the kind of day Orhan Pamuk would approve of – a grey morning with a dull sky, threatening rain. In Istanbul: Memories and the City, his largely autobiographical memoir, Pamuk writes, “I have always preferred the winter to summer in Istanbul. I love the early evenings when autumn is slipping into winter, when the leafless trees are trembling in the north wind, and people in black coats and jackets are rushing home through the darkening streets”.

There’s a sense of melancholy that courses through the winding streets along the remains of the city’s ancient walls in the Fatih neighbourhood. Or, maybe, I have been reading too much Pamuk (there’s no such thing, though!) before my trip to Istanbul. His books are as grounded in the city of his birth, as were those of Dickens in London, Joyce in Dublin or Naguib Mahfouz in Cairo. In the philosophical thriller My Name is Red he takes us to 16th century Istanbul while in The Museum of Innocence he explored upper class Istanbul of the 1970s and ’80s and in whimsical Other Colours: Essays and a Story, he gives us a glimpse of the Istanbul he lives in.

Born in Istanbul in 1952, Pamuk is the acclaimed author of 13 books, nine of which have been translated into English. In 2006, he was awarded the Nobel Prize. My recent ramble through this ever-changing city was an attempt to see and understand what fascinates Pamuk about Istanbul. I start in the labyrinth of cobbled lanes in the Fatih district, which used to be Constantinople. Of the neighbourhood, Pamuk wrote in his memoir ‘beauty resides in its crumbling city walls, in the grass, ivy weeds and the trees I remember growing from the towers and the walls… these sad, now vanished, ruins that gave Istanbul its soul’.

This was once home to the city’s Greek and Jewish communities but today is predominantly Muslim and ultra conservative. Headscarves are the norm and not wearing one immediately made me stand out as the outsider. The locals couldn’t have been nicer. Old women smiled broad toothy smiles seeing me huff and puff up steep climbs and a group of old men sitting outside the neighbourhood teashop left their backgammon game midway to show me the right way to one of the city’s often overlooked historical sites the Kariye Muzesi.

The difference between the heart of Fatih, where abandoned wooden buildings sagged against one another for the lack of love and the restored Ottoman houses, prettily painted in pastel colours closer to the Kariye is stark. The walls and ceilings of the Kariye are adorned with iridescent murals depicting the life of Christ. I get an audio guide to help me follow the correct order of the mosaics from the Day of Judgment through to the Resurrection. Look out for the stunning mural in the apse of the Astasis or Resurrection of Christ where he is pulling Adam and Eve out of their tombs.

A short taxi ride away, on the same side of the Bosphorus, is the Sahaflar Carsisi. This used-book bazaar was Pamuk’s regular haunt in the early ’70s when he was studying architecture and was an aspiring painter. A few lanes away from the tourist-magnet that is the Grand Bazaar, a book market that has been a literary hub since the Byzantine ruled these parts. In the courtyard between the Bayezid mosque and the Grand Bazaar, dozens of narrow bookstalls display everything from Turkish textbooks, new fiction bestsellers, holy books and old manuscripts. In the center of the bazaar is a bust of Ibrahim Müteferrika, the first Ottoman printer. I leave the bazaar through another gate that takes me through an even smaller market for old coins. Like Pamuk’s books, they give me a glimpse into a bygone era of the crossroad of continents.

I make my way to the banks of the Golden Horn towards the Galata Bridge that historically joined Europe and Asia. Along the banks, I stop to buy a Simit (a chewy, circular Turkish bread topped with sesame, a popular street food, along with roasted chestnuts) slathered with a chocolate hazelnut spread and take in the scene – ferries laden with tourists float down the Bosphorus; dozens of fishing rods just past the railing of the bridge; the fishermen smoke, chat and sip tea; and, the fish restaurants under the bridge are packed with hungry patrons.

On the south side of the Golden Horn, set among the narrow lanes in the Beyoglu neighbourhood is where the yoghurt seller Mevlut in A Strangeness In My Mind sold his wares. It is here that Pamuk unveiled his most ambitious project – a multi-media museum inspired by his most famous fictional work The Museum of Innocence. A time capsule of ’70s Istanbul, this museum brings to life the ill-fated love story of Kemal and Füsun. In the novel, Kemal is so consumed by the forbidden love for beautiful Füsun, he collects all the objects that belong to her. The real life museum is home to all objects fictional Kemal collected. There are all 4213 of Füsun’s cigarette stubs, lipsticks, a girl’s shoes, cinema tickets, photographs of people long forgotten and, even, a replica of Kemal’s bedroom in the attic. Curated chronologically according to chapters in the book, the objects are displayed in 83 glass cases on the walls in darkened rooms. By extension, the museum, like the book, invokes a deep sense of sadness and melancholy for a time long gone.

My last stop for the day is the famous Inci Patisserie, where Kemal and Füsun meet to make plans for their future. Very little has changed since Inci first introduced profiteroles to Instanbulites in the 1940s.

Over a dainty cup of Turkish coffee and a portion of cloyingly sweet cream profiteroles drowned in chocolate custard, I found myself thinking about hüzün (a Turkish word for melancholy). In his memoir, Pamuk writes, “…hüzün, which denotes a melancholy that is communal rather than private. Offering no clarity; veiling reality instead, hüzün brings us comfort, softening the view like the condensation on a window when a tea kettle has been spouting steam on a winter day. Steamed-up windows make me feel hüzün, and I still love getting up and walking over to those windows to trace words on them with my finger.

As I trace out words and figures on the steamy window, the hüzün inside me dissipates, and I can relax; after I have done all my writing and drawings, I can erase it all with the back of my hand and look outside. But the view itself can bring its own hüzün. The time has come to move towards a better understanding of this feeling that the city of Istanbul carries as its fate.”

Authot bio: Karishma Upadhyay is a journalist based in Mumbai who writes about films and travel