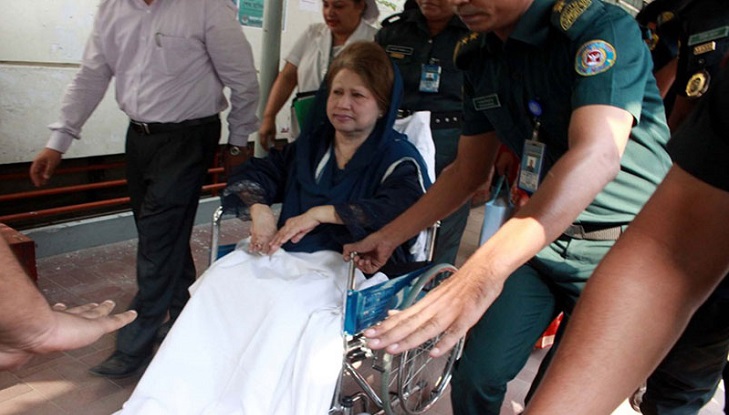 The High Court has accepted an appeal filed by BNP Chairperson Khaleda Zia seeking to repeal a verdict that sentenced her to seven years in prison in the Zia Charitable Trust graft case.

The HC bench of Justice Obaidul Hassan and SM Kuddus Zaman fixed the date on April 23.

Earlier on November 18 last year, Khaleda’s lawyers had filed the appeal on 20 grounds, seeking the court to scrap the verdict and grant her bail.

The authorities of Anti-Corruption Commission (ACC) had filed the Zia Charitable Trust graft case with Tejgaon police station on 8 August 2011, accusing Khaleda Zia and three others of abusing power in raising funds for the trust from unknown sources.

On October 29 last year, a special court sentenced her to seven years of rigorous imprisonment in the case.