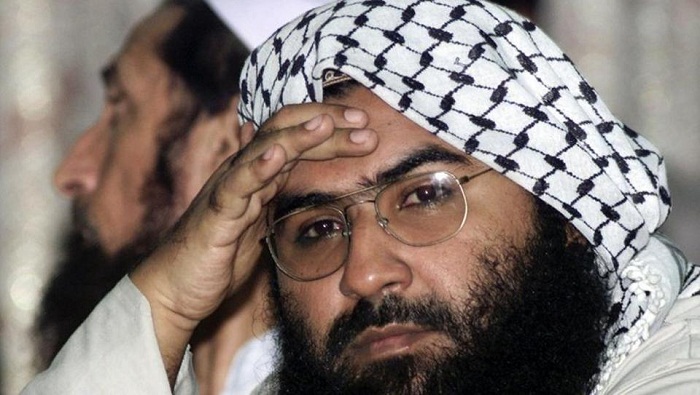 China is expected to lift its hold on blacklisting Pakistan-based Jaish-e-Mohammed (JeM) Chief Masood Azhar at a UN sanctions committee on May 1, paving the way for further global financial sanctions against the banned group, people familiar with the development said.

Azhar’s designation as a global terrorist would be a major diplomatic victory for the Narendra Modi government, which has been pushing for the move particularly since the February 14 terror attack in Pulwama.

“Mayday is going to be the death knell for Masood Azhar, as he will be designated as a global terrorist by the UN’s Islamic State and al-Qaeda Sanctions Committee, with Beijing caving in to the global demand led by the US, France and the UK that the main orchestrator of the Pulwama attack be brought to book,” said a senior official who asked not to be named.

“China is expected to lift the technical hold which it had placed on March 13 on the proposal by the US, the UK and France, with all other Security Council members approving the move,” he added.

While there were reports suggesting that Beijing wanted to lift the hold around May 15, the other members of the UN Security Council, led by the US, have made it clear that time was running out for China and its all-weather ally Pakistan on the issue of Azhar.

Soon after the Pulwama attack by a JeM suicide bomber that killed 40 Indian troopers, France, with the backing of the US and the UK, moved a proposal at the UN’s 1267 Sanctions Committee to designate Azhar as a global terrorist.

Members of the committee, who are the same as the 15 members of the Security Council, had 10 working days to raise objections to the proposal. On March 13, the final day, China placed a hold on the proposal, saying more time was needed to discuss the matter.

This was the fourth time China blocked the designation of Azhar even though JeM was proscribed by the UN in October 2001.

The development infuriated the US and its allies, which circulated a draft resolution on listing Azhar among the UN Security Council’s members to force China’s hand.

During a visit to India last week, the US principal deputy assistant secretary of state for South and Central Asia, Alice Wells, conveyed to her Indian interlocutors that Washington was looking for action against Azhar “in the near term”, people familiar with the developments said.

Azhar was released on December 31, 1999, in a hostage swap at Kandahar airport after an Indian airliner was hijacked by Pakistani terrorists. He has been accused of masterminding some of the most heinous terror attacks in India. Before Pulwama, the JeM was responsible for the 2016 attack on Pathankot airbase, the 2001 attack on Parliament, the Jammu and Kashmir assembly attack the same year, and a series of assaults against security forces in Kashmir.

The 50-year-old Azhar is suffering from a life threatening spinal cord ailment and is bed-ridden but plays an active role in orchestrating attacks against India with the help of brothers Athar Ibrahim and Rauf Asghar. The JeM operates from a newly built headquarters in Bhawalpur, which also houses the grave of Azhar’s father Sabir Alvi. Three of his kin, including two nephews, have been gunned down by security forces in Jammu and Kashmir since 2017.