BNP to join JS as part of movement 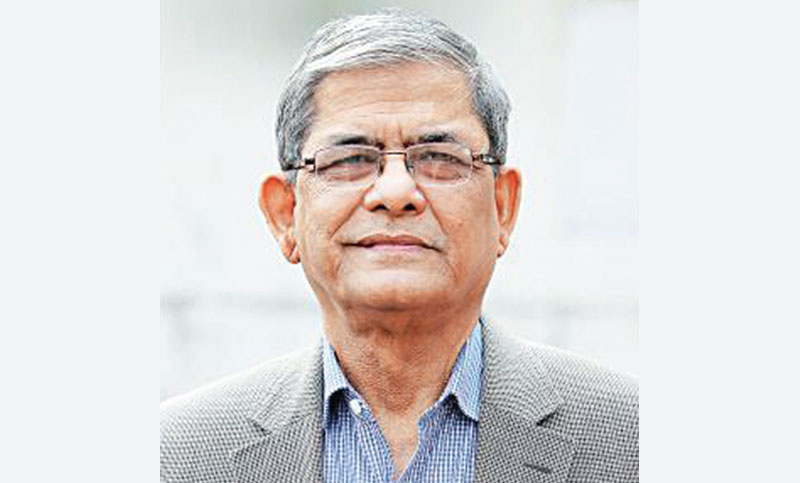 BNP has taken a decision to join parliament as part of its movement to get release of its chairperson Khaleda Zia from jail and restore democracy, party secretary general Mirza Fakhrul Islam Alamgir said.

“In the current political perspective, our party has tdecided to join parliament,” he said.

Fakhrul made the disclosure at an emergency press conference on Monday shortly after four of its MPs-elect took oath, defying the party’s decision to boycott  parliament.

“We hope we along with the people will build Bangladesh of national consensus declared by Khaleda Zia after getting release of all political prisoners.”

Fakhrul also said they are considering carrying on movement in streets and parliament simultaneously to release their demands.

is the only way of resolving a current crisis in the country.

“The December 30 election was stigmatized and farcical. The result of the election was also designed,” he added.

The BNP leader said all other ways of practicing democratic right has been narrower while the incumbent government wants to show the ‘voter-less’ parliament active to the world for their acceptance.

Asked when the BNP secretary general will take oath, he told reporters that they will be informed in time about this.

Six BNP leaders, including Mirza Fakhrul, were elected MPs in the December 30 general election. Five of them have taken took oath defying the party’s parliament-boycott decision.

BNP insiders said a large number of the party leaders are unhappy with the party high command for taking oath and going to parliament. As a result, the party is likely to split in this situation.