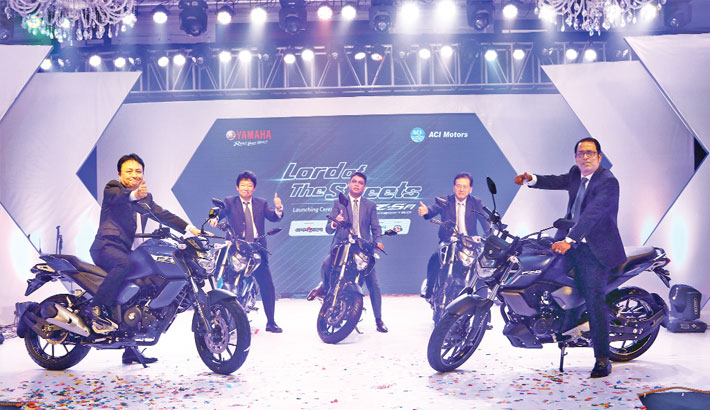 Yamaha has launched its latest model FZ-S FI V-3.0 and FZ V-3.0 motorbikes on 28 April 2019 at Hotel Le Meridien in the capital, said a press release.

Motofumi Shitara, Chairman, Yamaha Motor Group, India was present in the programme as the chief guest.

Yamaha’s most awaited these fascinating models have started its pre-booking from 10 April 2019 and has received tremendous response from the bike lovers.

Both the models remain 150 CC engine with anti-lock breaking system (ABS) which is necessary for Bangladesh riding condition. ABS is actually sensor based breaking system which maintains balance of the break of bike speed on the road. This special erection also helps during locking the tyre, controlling the skidding which helps the rider to avoid any accident on the road.