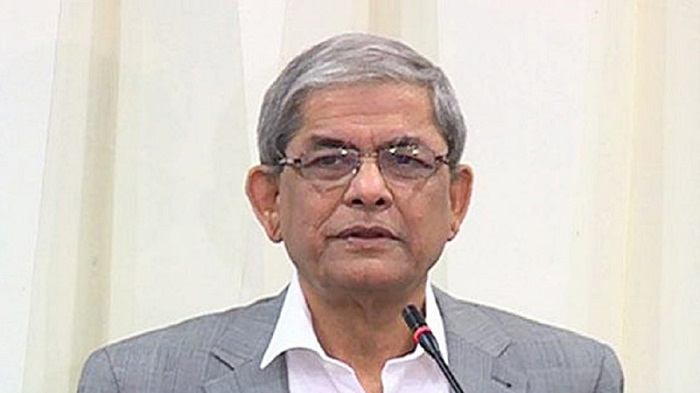 Stating that the current parliament does not represent people, BNP on Monday alleged that the country is now held hostage to the whim of a particular party.

“We would like to clearly say the current government is not an elected one since people were not allowed to participate in the last national election,” said BNP secretary general Mirza Fakhrul Islam Alamgir.

Speaking at a discussion, he further said, “There’s no democracy and rule of law in the country as it lacks people’s representatives in parliament.”

Amid the speculation of taking oath by some other BNP MPs-elect following the footstep by Zahidur Rahman Zahid, Fakhrul came up with the remarks.

BNP MP-elect Zahidur Rahman Zahid (Thakurgaon-3) was sworn in on Thursday prompting the party to sack him on Saturday for violating its decision.

Now only five BNP MPs-elect, including Fakhrul, are left to take oath. As per the constitution, they must be sworn in by today (Monday) if they want to remain members of the current parliament.

After assuming office, Fakhrul alleged that Awami League took a well-designed strategy to restore a one-party rule. “But it’s unfortunate that we couldn’t resist the move due to Awami League’s misrule and repressive acts. “

He also said the struggle of democratic forces against the current ‘fascist’ regime has become incompatible due to the ‘unprecedented’ repressive acts.

The BNP leader regretted that a trend of authoritarian rule is now prevailing all over the world while the democratic forces are gradually getting outsmarted.

Under the circumstances, Fakhrul said they are now working to make their party stronger and dynamic further to launch a movement for freeing Khaleda Zia and other party leaders from jail and restoring democracy. “I believe we’ll surely turn victorious, if we can wage a movement with proper preparation and strategy.”

He said their chairperson is going through a serious ordeal as she has been in jail for over 14 months in ‘false’ cases. “I can’t describe how much sick she is. She can’t move independently and can’t eat well.”

Fakhrul alleged that though the government is carrying out a campaign of tremendous development in the country, the economy is now in a bad shape due to the government’s wrong policies and misrule. “The government has, in fact, failed to deliver on all fronts.”

He called upon the people of all walks of life to get united to wage a strong movement for establishing a pro-people government.