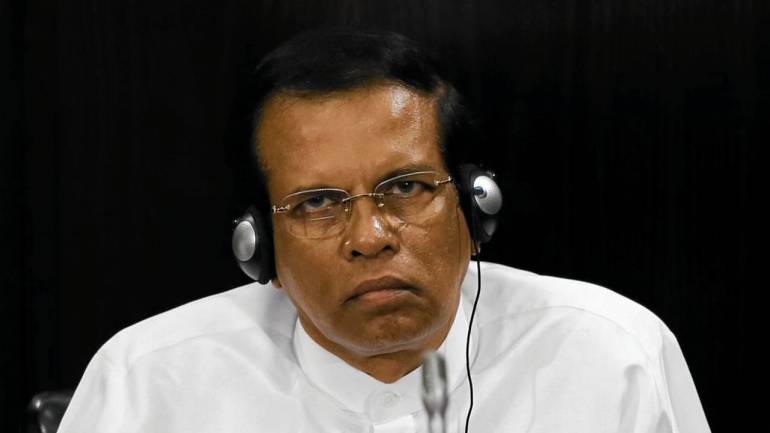 Sri Lankan President Maithripala Sirisena on Monday named Deputy Inspector-General Chandana Wickramaratne as the acting police chief, even as incumbent police chief refused to step down over the Easter Sunday suicide attacks, an official involved in the process said.

Sirisena said on Friday that police chief Pujith Jayasundara had resigned but officials said Mr. Jayasundara never sent a letter and has remained in his government residence.

Sirisena had accused Jayasundara of failing to act on intelligence reports that warned of likely suicide bombings of churches.

The Easter Sunday attacks left 253 dead and a major political row has ensued.

“Jayasundara has defied the President and stayed on,” the official said.

“This means he is effectively suspended pending his formal removal through an impeachment motion in Parliament,” he said.

The country's top defence ministry official, Hemasiri Fernando, resigned last week after he too was told by the President to step down over the security failure.

The government has declared a state of emergency and deployed thousands of troops for search operations against Islamist extremists since the coordinated attacks.

Over 150 people have been arrested since April 21 and more than 15 people killed in raids.