Former US Republican senator dies at 87 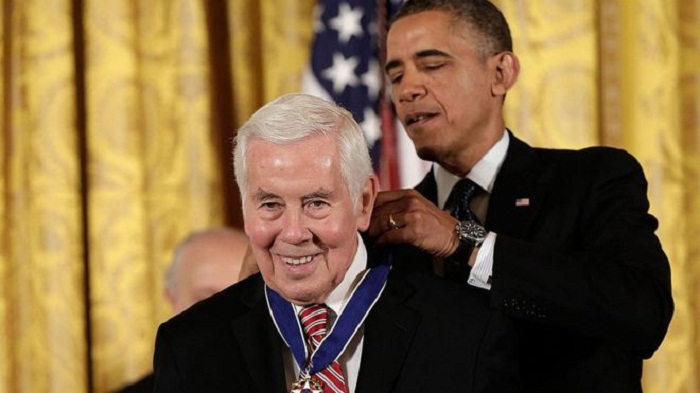 His non-profit organisation, the Lugar Center, says he died of complications from chronic inflammatory demylinating polyneuropathy, an illness which attacks nerves.

He served in the Senate from 1977 till 2013, when he was defeated in a primary by a Tea Party-backed candidate.

He was well known as an authoritative voice on US foreign policy.

The Rhodes Scholar was elected mayor of Indianapolis at the age of 35 in 1967, serving two terms before his Senate victory in 1976.

Serving as chair of the Senate Committee on Foreign Relations twice - from 1985-1987 and 2003-2007 - he was an outspoken opponent of apartheid in South Africa and of nuclear weapons.

He created legislation to dismantle and destroy nuclear weapons after the end of the Cold War, known as the Cooperative Threat Reduction Programme or the Nunn-Lugar Act.

Lugar launched a bid to secure the Republican presidential nomination for the 1996 election, but his announcement to run came on the same day as the Oklahoma City bombing - at the time the deadliest terrorist attack in US history.

He bowed out in March 1996 and endorsed then eventual Republican nominee, Bob Dole.

But he was a widely respected politician, and was awarded the Presidential Medal of Freedom in 2013.

President Barack Obama said his legacy was "the thousands of missiles and bombers and submarines and warheads that no longer threaten us because of his extraordinary work" when giving him the honour.