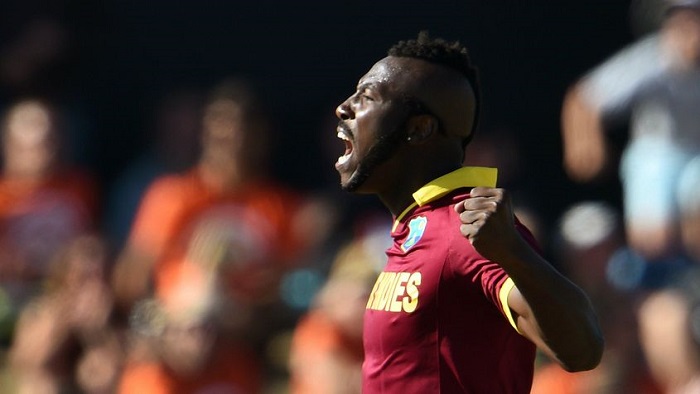 Andre Russell, the West Indies all-rounder, has said that he is "hungry" to get back to national duty, after being recalled to the Windies squad for the ICC Men's Cricket World Cup 2019.

Russell has featured in only one one-day international since 2015, but has been in tremendous form in the ongoing Indian Premier League, in which he plays for Kolkata Knight Riders. Russell has accumulated 406 runs from 11 games, at a brilliant strike rate of 209.27.

Speaking to the media on the eve of his franchise's match against Mumbai Indians, the all-rounder said that his recent performances in the league have paved the way for his return, and put it down to making the most of whatever opportunities came along in the interim.

"I wasn't surprised that I was called to the World Cup squad," Russell said on Saturday, 27 April. "I've been doing well, I've been back and forth with the selectors and the coaches back home. I know once I'm doing my work here and performing, it will lead to national duties. I wasn't focused on the World Cup. I was just making sure that whatever happened here, I was doing my best."

In recent years, Russell has been in and out of the West Indies set-up - mostly out - due to prolonged injuries. In 2017, he was handed a year-long ban over violation of the doping code. He played an ODI against Bangladesh in July 2018 and a handful of T20Is in the same year, but that has pretty much been it.

He was recalled to the ODI side earlier this year, for the final two games of a five-match series against England that ended in a draw. However, a troublesome knee ruled him out of the series, along with the Twenty20 leg that followed.

"I'm so hungry now to represent the West Indies," Russell said. "The last time I joined the West Indies team was recently, when I had taken two injections to better my knee and it flared up again. I was so upset. I was watching the game against England and couldn't do anything about it.

"But as I said, I'm so hungry right now to play for West Indies. Like I'm doing here, hit sixes and score centuries."

West Indies will be participating in a tri-nation series against hosts Ireland and Bangladesh, which will serve as warm-up for the World Cup. Russell, who was not named in the squad, will continue to play in the IPL before joining his team straight for the premier 50-over tournament.

West Indies begin their World Cup campaign on 31 May against Pakistan at Trent Bridge.