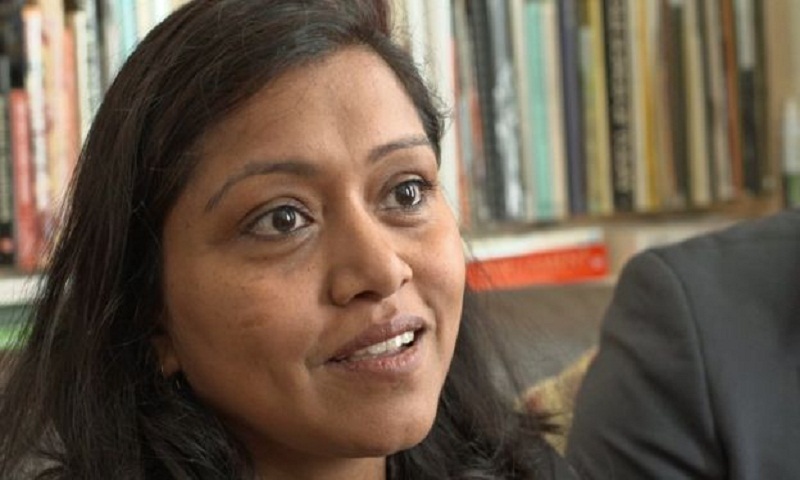 The government is being investigated over its decision to cancel 36,000 student visas due to accusations of cheating on English language tests.

The Home Office has also deported more than 1,000 people after its own probe into exam fraud began in 2014.

Spending watchdog the National Audit Office (NAO) said the Home Office's response would be reviewed after its decisions came under "public scrutiny".

The Home Office says it is "supporting" the investigation.

In a statement the NAO said: "The Home Office revoked student visas where there was evidence of cheating, but its decisions have come under renewed public and parliamentary scrutiny in the wake of the Windrush scandal.

The cheating scandal came to light in an undercover BBC Panorama investigation into fraud at two centres administering the mandatory language tests.

The then government-approved Test of English for International Communication (TOEIC) involves a written and oral section and a separate multiple-choice question paper.

Following the report, Theresa May, then home secretary, said the evidence was "very shocking".

As a result, the Home Office ordered the US firm providing the exams, Educational Testing Service (ETS), to check more than 58,000 tests taken between 2011 and 2014.

It said voice-recognition software suggested that proxy test-takers were used in more than 30,000 cases.

How did they look for cheating?

The technology extracts biometric features from an individual's speech to create a voice print, the vocal equivalent of a fingerprint.

It then looked for possible matches which indicated the same individual took multiple tests, before auditors verified suspected matches.

So far, the Home Office says, 25 people have been convicted over "facilitating" the exam fraud.

But Labour MP Stephen Timms has said many students were falsely accused, and had been given no opportunity to clear their name.

On Thursday, Mr Timms, MP for East Ham, told Victoria Derbyshire the treatment of the students had been "a disgrace".

"They trusted Britain to provide them with a decent education. Instead, they've been falsely accused of cheating and been given no chance to appeal."

Foreign students accused of cheating by officials have told the BBC they have been left in limbo for years.

Fatema Chowdhury came to the UK from Bangladesh in 2010 and finished her law degree in 2014 at the University of London.

Speaking on Thursday's Victoria Derbyshire programme, she said was at one stage detained for a week after being accused of cheating. She denies the accusation.

Ms Chowdury has not been told to leave the UK, but while she remains in the country she is prevented from working and cannot use the NHS for free.

She said her "dreams and hopes" were now gone, and she was "desperate" to speak to someone at the Home Office to prove her innocence. But after four years of trying she said "there is no hope".

Nidhin Chand, an Indian woman living in Scotland, spoke to BBC Scotland earlier this month about her fight to clear her name over fraud allegations.

She has been accused of using a stand-in to sit an English language test for her visa application.

She said: "I have been crying every day… It is painful when someone calls you a fraud and arrests you in front of the public and humiliates you."

The Home Office has said it welcomes "genuine international students" and that there is no limit on the number who study in the UK.

In response to the new watchdog investigation, a spokesman said: "We have been supporting the National Audit Office in its work on this investigation since the start of the year. We will consider the findings of the report once it is published."