Put up resistance against militancy, terrorism, PM urges all 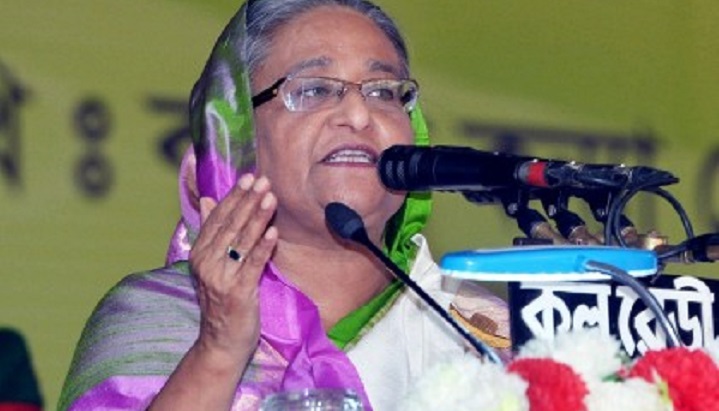 Prime Minister Sheikh Hasina on Saturday urged the people of the country to put up resistance against militancy, terrorism and drugs in a coordinated way.

"I call upon all, put up resistance, mobilise public opinions and make people aware about the menaces of militancy, drug and terrorism unitedly," she said while addressing the closing and medal distribution ceremony of Bangabandhu Inter-University Sports Champs 2019 at Bangabandhu National Stadium.

Describing militancy, terrorism, drugs and corruption as the wounds of society, the Prime Minister urged guardians, parents, teachers, relatives, Ulema-Mashayekh (Islamic scholars), imams and Muazzins, public representatives and others to keep this society and the country free from these social diseases. "Our country and society will have to be safe from these."

The month-long tournament began on March 29 marking the birth anniversary of Father of the Nation Bangabandhu Sheikh Mujibur Rahman.

With the theme 'Let's build a Bangladesh in cognition of Bangabandhu,' the tournament was held on different university campuses across the country.

The Prime Minister handed over the champion trophy to the highest gold medal winning institution -- Jashore Science and Technology University. The winning university will be able to keep the trophy for a year.