Edge of the Knife: only 20 people speak in this language 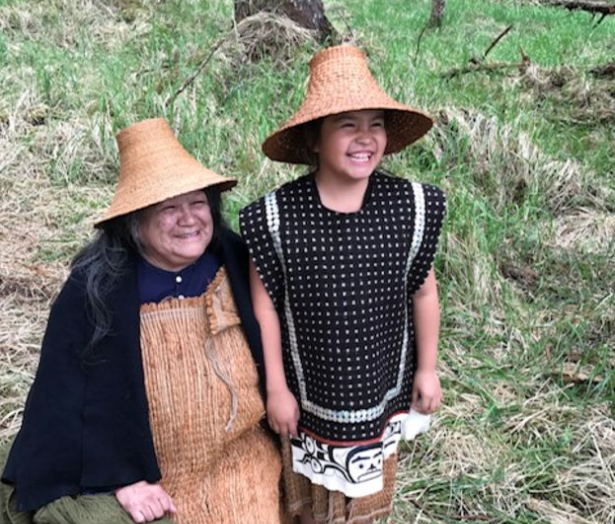 On a wintry beach lined with conifers, the body of a teenage boy washes up on the grey sand. A mother runs to her dead son and clutches him to her chest, wailing.

Meanwhile, a young man named Adiits'ii flees from the scene, running into the forest, gasping and grunting. Having taken the boy out in a boat which hit choppy waters, he feels responsible for his death.

It is this family tragedy that serves as the focus of the Canadian film Edge of the Knife, or Sgaawaau K'uuna. The story, steeped in the supernatural, centres on the universal themes of family, love, loss and betrayal.

What is less universal is the language of the film, Haida. According to the First People's Culture Council, there are only 20 remaining fluent speakers of this language, making it critically endangered.

Helen Haig-Brown and Gwaai Edenshaw, who is Haida himself, directed the film.

Writing the film in Haida "did not even feel like a choice", said Gwaai. "We were telling a Haida story."

Although they were "fully committed to the storytelling", he said, another consideration was that Edge of the Knife would act as a learning resource.

Diane Brown, Gwaai's grandmother, is one of the last remaining speakers of Haida and acted in the film.

"Our dream right at the start was it would help our children learn the language. That we help teach them," she said.

The indigenous Haida communities live on Haida Gwaii, an archipelago 100km (62 miles) off the west coast of Canada. Edge of the Knife is set in this sparse but beautiful coastal landscape in the mid-1800s.

In the film, two Haida communities come together to prepare food for the winter. Geometric patterns are tattooed across their chests and they wear cloaks woven from the spruce trees of the land around them.

It is a delicate portrayal of a family unaware of the suffering soon to strike. The Haida Gwaii archipelago was colonised by the British in 1853, when it was renamed the Colony of the Queen Charlotte Islands.

Many believe that the Europeans deliberately spread diseases such as smallpox by giving the Haida people infected blankets and scarves, causing the population to plummet from approximately 10,000 to just 588.

This brutal annexation is foreshadowed in the film by Adiits'ii's journey into the forest, where he descends into madness and becomes Gaagiixid, the Wildman, losing his entire sense of self.