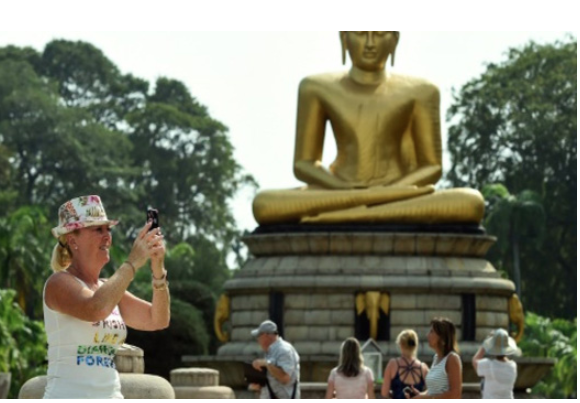 European travel group TUI said Friday they are cancelling all trips to Sri Lanka following the deadly Easter bombings and offering to repatriate customers already there.

The tour company said those planning to visit Sri Lanka in the coming weeks with TUI will be contacted and their holiday rescheduled or fully
refunded — in both cases free of charge.

Holidaymakers currently in Sri Lanka will be offered early flights home with around 350 travellers from Britain and Germany affected, according to
the travel company.

A TUI UK press spokesperson told AFP “just under 200” holidaymakers who booked a trip through them are in Sri Lanka. Sister company TUI Germany said it has around 150 tourists there.

Following the deadly attacks, which killed 253 people on April 21 in Colombo, Negombo and in Batticaloa, “the security situation is tense
throughout the country. There is always the danger of further attacks,” said
TUI in a statement.

The tour group said it made the decision based on advice by both the German and British foreign ministries and have stopped taking bookings of
holidays to Sri Lanka “at the present time.”

Travellers currently in Sri Lanka are “advised to be more vigilant” and avoid travelling to Colombo unless necessary, TUI has warned.

On Friday, Dutch tour operators also announced they will be flying their customers home in the coming days from Sri Lanka.

The director of the Calamiteitenfonds group said Friday that around 500 Dutch tourists are affected.

Sri Lanka fears its lucrative tourism industry could see arrivals drop up to 30 percent, with losses of $1.5 billion this year, the finance minister
said Friday.