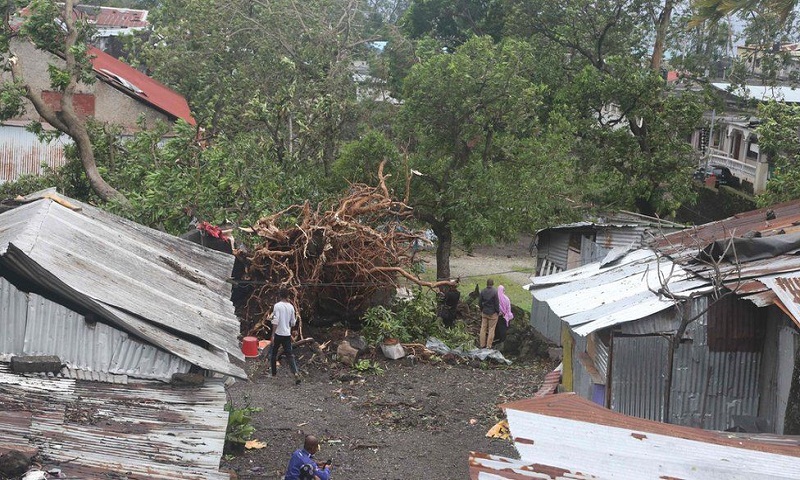 A powerful cyclone has smashed into Mozambique, flattening thousands of homes and flooding low-lying areas.

Authorities have advised people to move to higher ground amid concern that thousands may be trapped in remote villages.

Mozambique was still recovering from Cyclone Idai, which killed more than 900 people across three countries in March.

Cyclone Kenneth had already killed three people on the island nation of Comoros. At least one person has been reported dead in Mozambique after being crushed by a falling tree.

UN weather experts say it is unprecedented for two cyclones of such intensity to hit Mozambique in the same season.

The World Meteorological Organisation (WMO) also said that no previous records show a cyclone striking the region as far north as Kenneth.