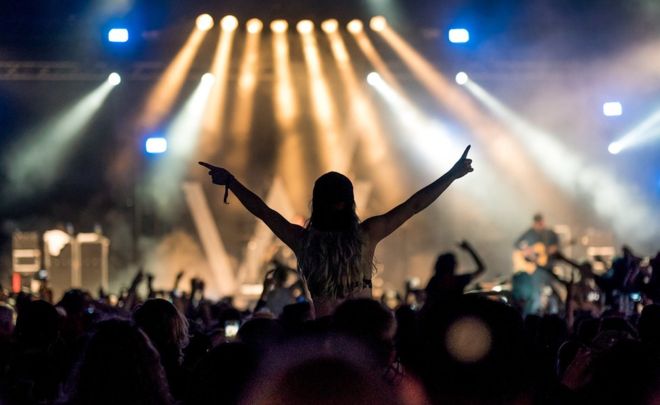 A heavy metal festival is to introduce yoga and meditation spaces this year.

Download's organisers are set to offer a "mindfulness" programme alongside the usual rock riffs, solos and snakebite.

Bosses of the three-day event, in Leicestershire, said the deaths of Prodigy frontman Keith Flint and Soundgarden singer Chris Cornell had inspired the move.

Experts say evidence for the benefits of mindfulness is "encouraging", but more research is needed.

Enter Shikari frontman Rou Reynolds, who has spoken about his own mental health struggles, has backed the scheme.

He said: "We're rarely consciously in control of our turbulent mind.

caught up in them."

#  Mindfulness is based on Buddhist philosophies, where it is described as a "meditative state of intense concentration on one's own thought processes; self-awareness"

#  It has become popular in the West as a way of combating stress, anxiety and depression - the NHS lists it as one of its five steps to mental wellbeing

#  However, the NHS also warns that mindfulness isn't the answer to everything

#  Prof Mark Williams, former director of the Oxford Mindfulness Centre, says on the NHS website that there is "encouraging evidence for its use in health, education, prisons and workplaces", but research was still going on

#  "Once we have the results, we'll be able to see more clearly who mindfulness is most helpful for," he adds.

June's festival at Donington Park will be headlined by Slipknot, Tool and Def Leppard.