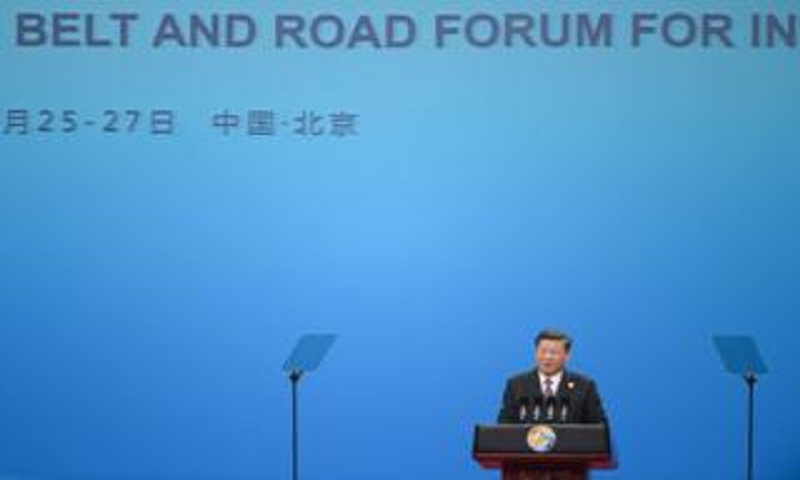 China's President Xi Jinping has sought to ease concerns about its Belt and Road project at a summit in Beijing.

Speaking at the forum, Mr Xi vowed to ensure transparency and the "fiscal sustainability" of all projects.

The initiative is seen by some as a bid for geopolitical influence and has been criticised for indebting recipient countries.

Mr Xi also sought to address key US trade concerns ahead of talks between the two countries next week.

Speaking on the second day of the Belt and Road summit, Mr Xi said the aim of the infrastructure programme was "to enhance connectivity and practical cooperation".

The ambitious initiative, which is expected to involve more than $1 trillion in investments, has already funded trains, roads, and ports in many countries.